We don’t discover anything new if we say that ” Toledo is a city of legend” , which offers hundreds of monuments to visit and learn about, for lovers of history and art, religion, culture, the senses …

Toledo is not known in a day, in a round trip from Madrid. You have to kick its streets and if it is in the hands of a good guide who discovers its secrets, much better.

You can’t visit Toledo in a day!

A visitor who believes that tourism and getting to know Toledo consists of running up to Zocodover, visiting two or three museums and admiring the Alcazar and the Cathedral and going back to his hotel in Madrid using the AVE is mistaken.

You will miss one of the unique experiences that you will remember throughout your life: feeling Toledo, enjoying the night and the many charms offered by the ” Imperial City” .

In a weekend you won’t get to know the city, but at least you can touch the hundreds of years of history it houses, the monumental wealth and in a way the secrets it buries behind the walls of palaces, churches and under the cobblestone streets. 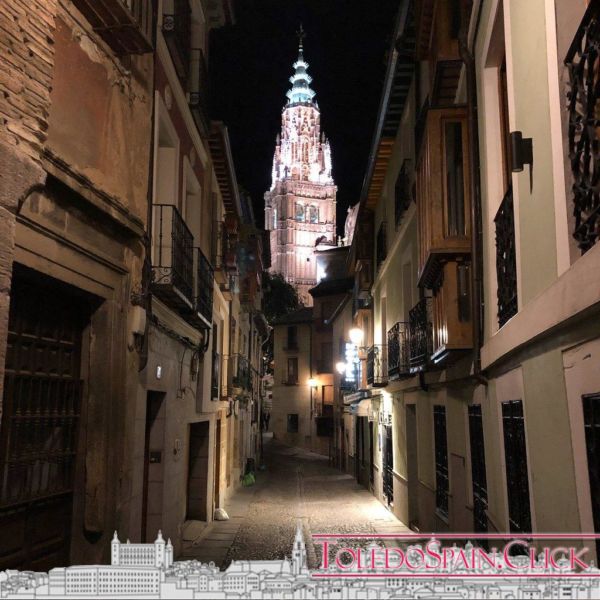 In frequent occasions they consult us for the most recommendable route to make by the city… It is complicated and it will depend on the preferences of the visitor. There are tourist guides and companies that carry out many types of routes. If it is your first visit to Toledo, perhaps the most recommended route for the day is one related to heritage, visiting the best known monuments and the basic history of the city, accompanied by a good tourist guide.

For example: the route of the tourist bracelet.

In the afternoon or when the night falls , some route or walk with less Culturel intensity and more mythological charge may be recommended to relax the historical-Culturel-religious excess that you will get on a visit to the city. Most opt for a route of legends or ” magic Toledo” or ” subterranean Toledo” , which is a spectacular route in which you visit subterranean under the city.

Even so, the guides mix anecdotes, curiosities and typical ” chascarrillos” with important historical data that will help to get to know the city better. In some cases, theatrical shows, music and even dinners or drinks will be offered in nightlife establishments, depending on the preferences or characteristics of the contracted offer.

And if you like the world of mystery better, don’t miss the route ” Toledo Siniestro: casas y Places encantados” . It is theatrical, and very different from the usual.

In the article ” Companies of routes, walks and guides in Toledo” we offer a good offer for the realization of your routes through the city.

How to attend a free tour in Toledo

In recent years, a guided tour variant has become very fashionable in which it is the user or the customer who sets the price at the end of the route. Free tours are made all over the world and Toledo could not be left out.

A few months ago we wrote an article on this subject here. In this other link you can book your free tour of Toledo. 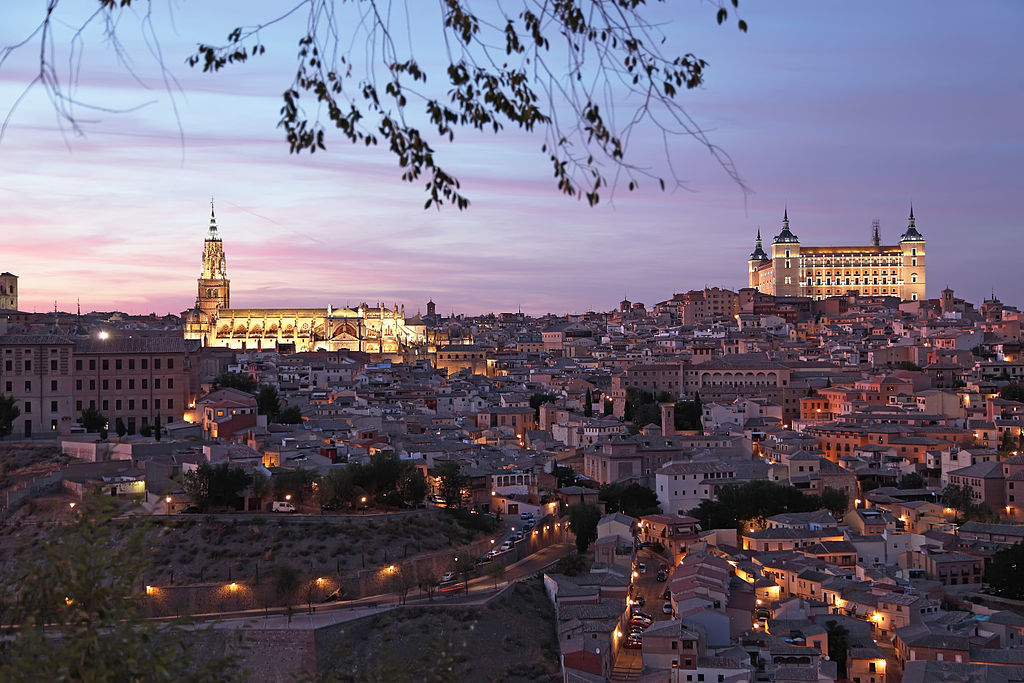 Characteristics of Tourism in Toledo.

Each guide or company that offers itineraries has its own way of organizing the routes or walks through the city, duration, route… It is usual that after the reservation, which is usually made by telephone or through the website of the company of guided tours, a meeting time and place is offered to start the route in central places of easy access.

The guide will introduce himself and start the tour after paying the corresponding fee. The usual duration of the routes is two hours, during which different corners and / or monuments will be visited.

Sometimes they also include tickets to monuments and it is possible to use some transport (if it is a group) to access areas such as ” El Valle” , where you will enjoy a well-known panoramic view of the city.

Some companies even offer the exclusive opening of monuments at night, under a special rate and in some cases with musical performances…

In some cases the companies offer personal electronic devices that with a headset improve the listening of the explanations of the guide, especially if it is a large group, although in Toledo, given the special characteristics of the streets (small and narrow) is usually not very necessary. Routes are also organized in different languages.

When is the best season for a guided tour in Toledo?

There are special periods during the year in which guides and companies make special routes: visits by the route of Corpus Christi and its patios, Halloween… Also the time of the year in which we make the visit influences very much in the result of the same one.

It is not the same to make a nocturnal stroll in the month of January that in the hot nights of August… Perhaps the best moments to travel to Toledo are spring and autumn, as in any other place.

In Toledo it doesn’t rain much but winter is cold and summer is hot.

In any case, each season has its own charm. Winter, for example, with the intense fogs gives a very special magic to the streets of Toledo, and in summer you can walk through different corners until the early hours of the morning without any problem. 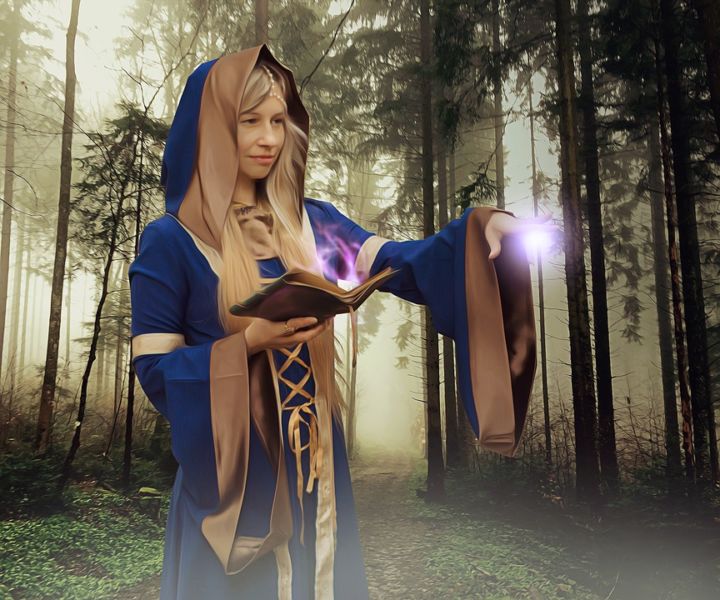 Some of the routes usually include the visit subterranean, other theater or access to monuments of the routes ” Unknown Heritage” … It is always advisable to try that our route, by day or night, passes through places such as sheds, the Jewish quarter, or the mythical enclaves of known legends, which you can know located in this map of Toledo. 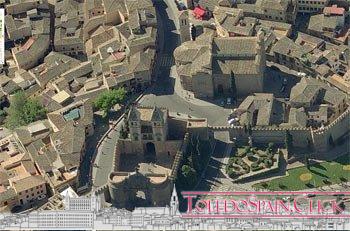 It is not advisable to lose sight of the guide, stopping at a souvenir shop or photographing a place, as sometimes the narrow streets of Toledo are very intricate and it can be a problem to return to the group.

Sure you’re also interested: Visit Toledo in one day (Updated)

If you would like to book any of these guided tours, night tours and available offers, click on this link: ” Routes of Toledo”

Business groups or companies also have their place in the offers of routes through the city. Check prices and characteristics with the companies that offer this type of service and offer alternatives to traditional visits: gymkhana in Toledo, competitions, sports, accommodation in exceptional hotels with SPA, exclusive opening of monuments… The possibilities are many.

Toledo is an important city of congresses and the Administration tries to promote this facet to the maximum.

The wealth of heritage (Toledo is a World Heritage City), Culturel (” The Toledo of the Three Cultures” ), religious (it houses the Primate Cathedral of Spain), monumental (with hundreds of monuments that are continually being improved and recovered), Museums (of the Army, Sephardic, El Greco …) Gives the city a special relevance for holding congresses, business meetings, commercial …, which may end in some (or several) of their nights, or days, on a route through Toledo.

And what do I do with the children in Toledo?

Sometimes the routes include children for free up to a certain age… In a way a two-hour walk on cobblestone streets is not very recommended for baby carts or toddlers.

Some routes could also include ” contents” not recommended for the youngest… We recommend consulting with the guide or company that organizes the route. More information about what to do with children in Toledo in this link.

A weekend in Toledo?

A good starting point is to spend a weekend in Toledo. In this article you will be able to read information and planning for a weekend.