The Reconquest of Toledo by Alfonso VI in 1085 to the Muslims, still continues to inspire great chivalrous adventures, being one of the most deeply rooted traditions in the city and on which many legends have been narrated.

On the outskirts of Toledo, in the plain of the Tagus, in a place that in the times in which this legend passes must have been a paradisiacal orchard, after the current AVE station and isolated and little visible by a vegetal wall, is the ” Palace or Castle of Galiana ” , place also called ” Huerta del Rey” .

It is currently the place where many bride and groom take photographs on their wedding day, given the architectural beauty of the restored monument. It is possible that the name comes from the memory of Princess Galiana, for whom his father King Galafre ordered it to be built at the end of the VIII or beginning of the IX, although others believe that this was a recreational property built by Al-Mamun, Taifa king of Toledo, and that by memory of the fabulous palaces that existed next to the Alcazar this name was given.

This place was surrounded by lush gardens, ponds and fountains. Here was the famous ” clepsydra” built by Azarquiel, a water clock that marked the hours according to the phases of the moon and lasted until the reign of Alfonso VII, who dismantled it to study its operation and create others … But what really interests us, in addition to the monument, are the beautiful legends it houses. One of the best known refers to Alfonso VI, king who reconquered the city of Toledo: 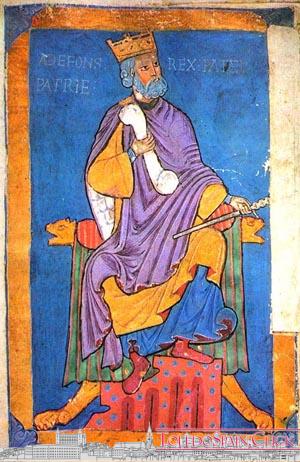 Alfonso VI, fleeing from his brother and his prison in the monastery of Sahagún disguised as a monk, took refuge in Toledo with the Muslim king Al-Mamum, who kindly welcomed him and offered him for his temporary residence the palace of Galiana, on the outskirts of the city. In exchange, and as an agreement between the two kings, it was decided that Al-Mamun would treat the Christian king and his knights correctly, feed them and provide security, and Alfonso would respect the city, be loyal to the king and would not leave the limits of the city without his licence, in addition to helping him in any need.

Insurance that you are also interested: Where to eat cheap in Toledo. (Updated)

During this period, Alfonso led a quiet life, dedicated to hunting, walks along the clear banks of the Tagus and the typical courtly amusements of the time, conversing with the many scholars that King Al-Mamum sheltered in Toledo, and very surprised by the degree of civilization of those he considered his enemies. In spite of everything, the King longed for the fight for the defence of his rights for the throne.

One fine day, Al-Mamun went to an agape organised by Alfonso in the Palace. After lunch, the conversation between kings turned to the strategic importance of the city of Toledo, its remarkable fortifications, the wars that ravaged the peninsula, between Taifas, for the reconquest… The Moorish king, thoughtful, and accompanied by his advisors and knights went out to the gardens continuing the conversation, worried about the thoughts of the Christian King. All rested under leafy trees. The conversation about wars continued and led to the impossibility of Toledo being subjugated by force. Some claimed that a siege would not render the city, while others claimed otherwise. Others asserted that it would be possible to capture the capital by taking away its supply for six continuous years, ravaging the fields that provided it, the vineyards and the trees that surrounded it. In the end, the idea was taken for granted by King Al-Mamum’s advisors, and they came to the conclusion that it would be possible to use a large number of men, time and a lot of money.

Alfonso, seeing himself, had only gone out into the garden and skillfully hidden behind some bushes, had listened to all the conversation of the Muslim king’s erudite advisors, pretending to be asleep.

Al-Mamum, once again concerned about the implications this might have on his reign, rose and saw Alfonso a short distance away, under a shadow and as if sleeping. Concerned that the king might have listened to the strategic disquisitions of his advisors, he was terribly suspicious as to whether he was really sleeping or whether he would have listened to the entire detailed conversation. To verify it and to know the truth, he would order aloud, so that Alfonso if he were awake would listen to him, that melted lead would be poured into his outstretched hand. So did the men of Al-Mamum… They brought the lead and a fire in which they melted it. It was only at the moment when the lead fell into his hand, piercing it, that the monarch woke up, shouting a terrible cry.

The attitude of the Leonese king, who had not immigrated even though he was awake and aware of the lead that awaited him, reassured the Muslims, believing that he had not heard anything of their conversation. From that moment on, Alfonso VI was known as ” the one with the pierced hand” .

The conversation heard in the garden of the Palace of Galiana, which cost him an important wound in his hand, also served years later for Alfonso VI, after a hard and prolonged siege, to victoriously enter the city of Toledo.

Also other legends, even more terrifying, are assigned to this space called ” Palacio de Galiana” . Tradition has it that in these places, formerly very leafy with vegetation, he was frequented on horseback by the spirit of a certain Abenzaide, who, wounded in his self-love by not being supported in his loves with Princess Galiana, and giving terrible cries in the night of the vega toledana, terrified all those who dared to pass through these places.

During the siege of the city by Alfonso VI in 1084, and remembering his pleasant stay invited by the Muslims he was now attacking, and seeing that the fall of the city was delayed more than initially calculated, he stayed in these palaces with part of his court. One night while walking through the gardens, Abenzaide appeared to him, who, offended as he was by the then inhabitants of Toledo, showed the King of León how to access the city easily behind the sturdy walls, and thus conquer it. Legend has it that after that night, Alfonso VI reconquered Toledo, the city that was supposed to be impregnable, and entered it with his men triumphantly on 25 May 1085. 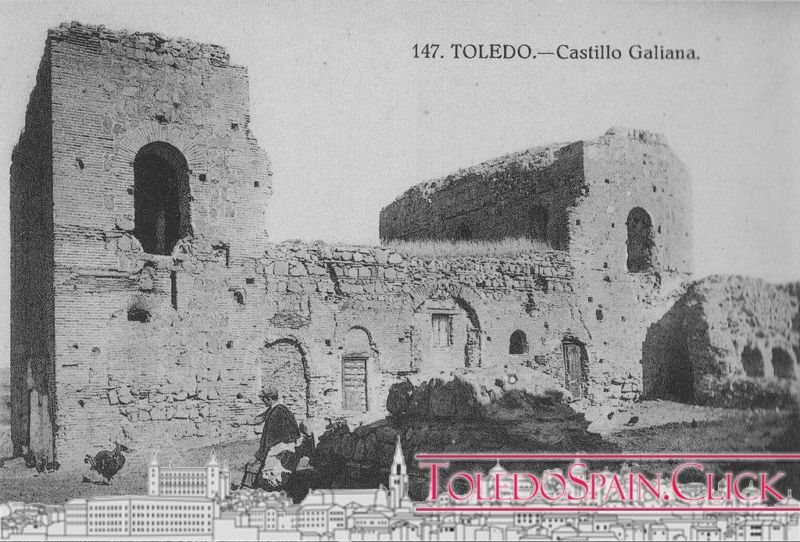 Palace of Galiana at the beginning of the 20th century. Photo Grafos. Toledo Forgotten

Click on this link to place the Legend in Googlemaps.