Skip to Content
Home Toledo in the Christian Era The Baptism of Blood. Legend of the Templars in Toledo

The old Church of San Miguel el Alto, in Toledo, still hides secrets about the fascinating relationship between the Templars and the Holy Grail. This trace has also been recorded in some legend of Toledo, such as the one we narrate below.

Our good friend and colleague Luis R. Bausá tells us that the legend we share below is a rather unknown story and that the version he shares belongs to Rafael Alarcón (Revista Año Cero, 47), who assures that he heard it in the eighties from an old woman who guarded the bell tower of the Cathedral, Doña Sagrario, to whom his great-grandmother had told it as a child:

This legend is also known as ” The Cross of Archbishop Tenorio” , although this prelate did not acquire the cross until seventy years after the Temple was suppressed.

In 1375, as soon as he took office, the Archbishop of Toledo, Pedro Tenorio, ordered the subways to be searched under the Church of San Miguel el Alto and in the nearby houses of the Temple, seeking to respond to the tradition of the fabulous Templar treasure, theoretically hidden under Toledo… It seems that he only found the ” Miracle Cross” and a good number of mummified bodies such as those usual in the crypts of Toledo churches, that belonged to the Knights Templar of the house, because it was frequent to bury them in these catacombs due to the scarcity of soil and because the dryness of the soil preserved the corpses in a natural way. Said cross or Christ of the Miracle was a Romanesque piece by Limoges, with a double arm, which they said belonged to the commander of the Temple. These elements, together with the baptismal font that is still preserved today, are the actors in this legend of Greek dyes.

I’m sure you’re also interested in: Templars in Toledo 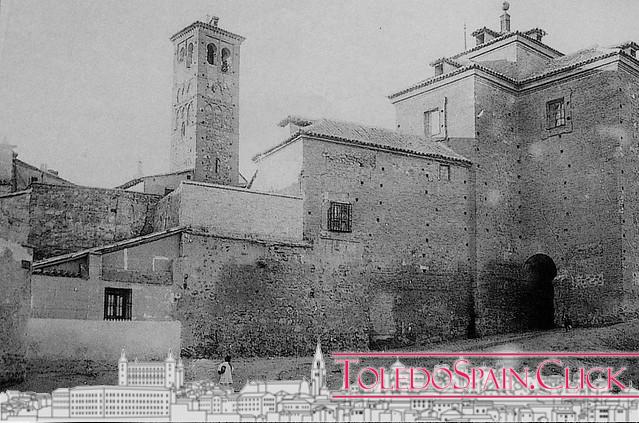 Templar motto in one of the capitals of the Church of San Miguel el Alto in Toledo.

Want to know more about Templars in Toledo?