Skip to Content
Home History of Toledo Sepharad: The Jews in Toledo, history and legend

” Toledo, city of the three cultures” , we have all heard that we have ever been in this millenary city. One of these cultures, which reached the Toledan walls in its diaspora, is the Jewish culture.

” I came to the vast city of Toledo, capital of the kingdom, which is clothed with the charm of domination and adorned with science, showing peoples and princes their beauty. How many palaces there are in its interior that make the luminaries run for the magnificence of its beauty and splendour! How many synagogues there are in it of incomparable beauty! There the whole soul praises the Lord. In its midst dwells a congregation, of holy seed, whose ornament is justice, numerous as the plants of the field” . 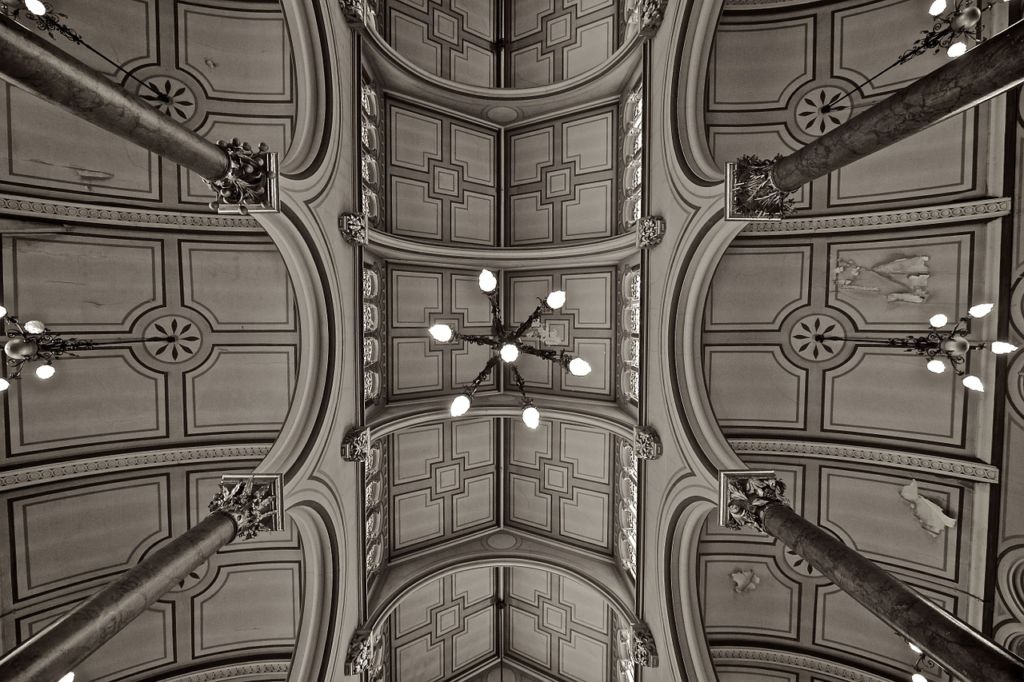 Historians do not agree about the ” coexistence” of these three religions (Muslims -who decide to continue living in the city after the reconquest-, Christians -descendants of Visigoths and other peoples who resided in the peninsula before the Muslim invasion-, and Hebrews -who come to Toledo after the successive invasions of their lands by different peoples-). It is true that these ” three cultures” lived within the same walls, but well delimited by their neighbourhoods (Toledo had up to two Jewish quarters) and even by their interior walls, with sturdy doors that closed well when problems lurked.

Numerous legends bear witness to this – essentially fruitful and sometimes hard – coexistence. This long process of centuries will end with the expulsion of the entire Jewish community by the Catholic Monarchs, Isabella and Ferdinand, in the fifteenth century, a fact that undoubtedly affected the society and economy of the time. Many Sephardic Spaniards marched to Portugal (it would not last long since they were also expelled from there in 1497) and many others marched to European countries (France, Italy, England …) or to newly ” discovered” American lands. This new Spanish ” diaspora” will be followed by others in almost all the European kingdoms. Several historians even claim that it was Sephardic emigrants who founded New York City.

There are still many Sephardic people who, as a souvenir of their stay in Toledo, keep the key with which they opened and closed the doors of their residences in the city. Great keys from the 15th century, which also narrates ” the legend” has brought some to the Jewish quarter of Toledo to try to open the old doors that still stand the test of time. Just as they keep these keys, they treasure in their memory the remains of the Sephardic language and the guidelines that formed a rich society in the Iberian Peninsula. Today, in the lands of Israel, Sepharad is still remembered – and longed for. (Continued on next page)

Origins of hatred towards Jews.

Although the existence of this hatred towards the people who ” according to tradition” murdered Christ -for which they were already hated without further consideration- is certain, numerous sectors of the Christian population, including the monarchy, did not hesitate to put themselves in the hands of Hebrew doctors, tailors, goldsmiths… and even moneylenders, this being another of the seeds of hatred towards this people, since the royal houses covered part of the expenses of wars and struggles with the money lent by Hebrews; money that had to be returned in installments paid with taxes to the people, mostly ” Christian” , who will attribute the increase of these to the Hebrews, and not to their monarchs who spend it without regard.

” Of the Jews of Toledo, established in the city, apparently since the night of time, it is said in Christian sources that they wrote a letter to the Sanhedrin of Jerusalem asking him not to condemn the accused Jesus Christ. It is, of course, a legend impossible to take into consideration, but we discover that, at a certain moment in their history, these Toledo Jews tried in some way to show that what the Church was unjustly trying to burden them with was not true: the death of the Savior, of which contemporary historians now unanimously agree in holding the Roman occupiers of Palestine responsible.

Juan G. Atienza also highlights in this book the following text that brings us closer to the atmosphere of the time:

” It would be enough to remember apart the great and well-known massacres, which, in many Spanish cities and in Toledo itself, Good Friday was a day in which, traditionally, the people would go to the fun of stoning the streets and windows of the Jewish quarter; ”

Many other motives would influence, as we shall see in this text, the Christian hatred towards the Hebrews, driven to a great extent by the oratory of bishops and priests from the pulpits…

The Legends, annotations of the Sephardic history in Toledo

The persecutions following the decree of expulsion of the Catholic Monarchs (and previous ones on numerous occasions) also have an intense reflection in the history and legends that have lasted in the city. Hundreds of them refer (sometimes not too friendly to Jews) to the years immediately before or after the expulsion decree.

But since ancient times this type of legend, in an era without radio or television, or large media, influenced the population against their neighbors of other cultures. Some examples, reflected in this Web reflect the hatred and intolerance of a part of society, such as ” The Holy Child of the Guard” or those that narrate the relations ” frowned upon” on many occasions between Christians and Jews, who follow a very similar pattern: Christian who loves a Jew, community that rejects him and everything ends in tragedy, as for example in the legend of the ” Bitter Well” , also in these pages.

Although the historical basis of this type of legend is very confusing, it is necessary to go back to the time to understand the mentality of those men and women, neighbors of Toledo, who shared the city. Given the withdrawal of these communities (Muslim and Jewish) into their rites and neighbourhoods, with their own shops and centres of culture and religion, with their own language at times, and the ignorance of these that many Toledans of the time had, it was an ideal breeding ground for the emergence of ideas and movements tending to ” demonise” everything that did not belong to their culture.

The reflection of this aspect is in legends that refer to the spells and spells -even black magic according to legends- that some Jews performed in the basements of not a few houses and palaces in Toledo, among them the large basements (or caves) of the current ” Casa del Greco” , which was not so, but owned by Samuel Ha-Levi, financier of the construction of the Transit Synagogue and treasurer of King Peter I ” The Cruel” . These rites, intensely related to certain relevant Jews of the time in the city, influenced the relationship with their culture and religion, ending up in many occasions in hard inquisitorial processes (after the expulsion decree) that surely ended up feeding the brazier that was near the old Roman circus of Toledo. 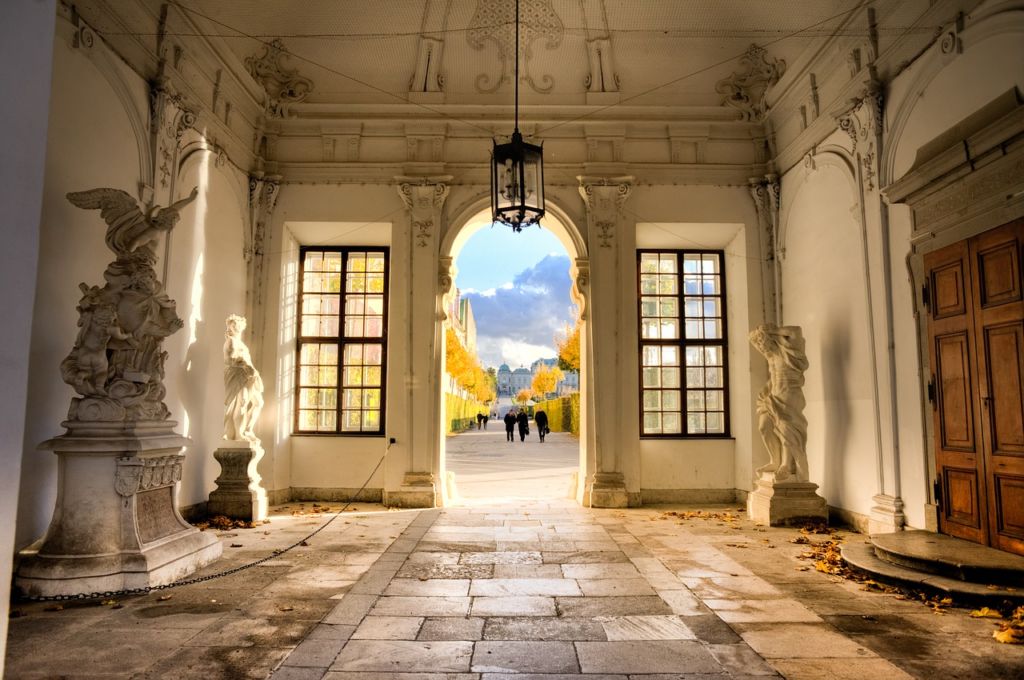 Juan G. Atienza tells us in his magnificent work:

” The great Toledan splendour of the Jews developed between the 11th and 13th centuries. At that time the city was both a cultural centre and an esoteric centre at the same time. The Toledo School of Translators was already in operation and, at the same time, there was a school of Hebrew occultists who, from the teachings and experience of the Kabbalah, developed a whole world of hermetic and heterodox science that soon caught on in Christians and Muslims and founded, over time, the great legend of Toledan magic, embedded in the corners of the city, in its caves and in its streets.

Despite this unfortunate and conflictive period of confrontation between cultures, it is true that three different ways of appreciating reality coexisted in Toledo for centuries. And that the mutual benefit they obtained was more important than the regrettable events that led to the famous expulsion decree. The remains that Toledo currently treasures are many: synagogues, Jewish quarter… Great treasures that make Toledo the heritage of all humanity.