Skip to Content
Home History of Toledo Why were you tortured and burned (or not) by the Inquisition in Toledo?

Forbidden books, Moriscos, crypto Jews, blasphemers, voodoo dolls, invocations to the devil, hand readings, sexual deviations, curative filters and concoctions prepared to attract a man’s love… Crimes against faith, against morals, persecuted by the Inquisition also in the city of Toledo. In this interesting article by Felipe Vidales we discover some of the inquisitorial processes carried out in the city of Toledo.

Any personal grudge, any revenge, any false accusation could lead a person to jail first and then to the inquisitors.

Those who lived in Spain from the 16th to the 19th centuries knew perfectly well what this text meant. It was a Edict of Faith dictated, printed and disseminated by the court of the Inquisition. They knew that after hearing him read aloud in some square in their locality a period of 40 days was opened in which they were obliged to betray their neighbors or to autodelatarse if they had incurred in some type of heresy.

With these words fear spread among the population, aware that any personal grudge, any revenge, any false accusation could also lead a person to jail first and then to the inquisitors.

No one was safe from the Inquisition and the Toledo Tribunal, the largest and most powerful of all that existed. 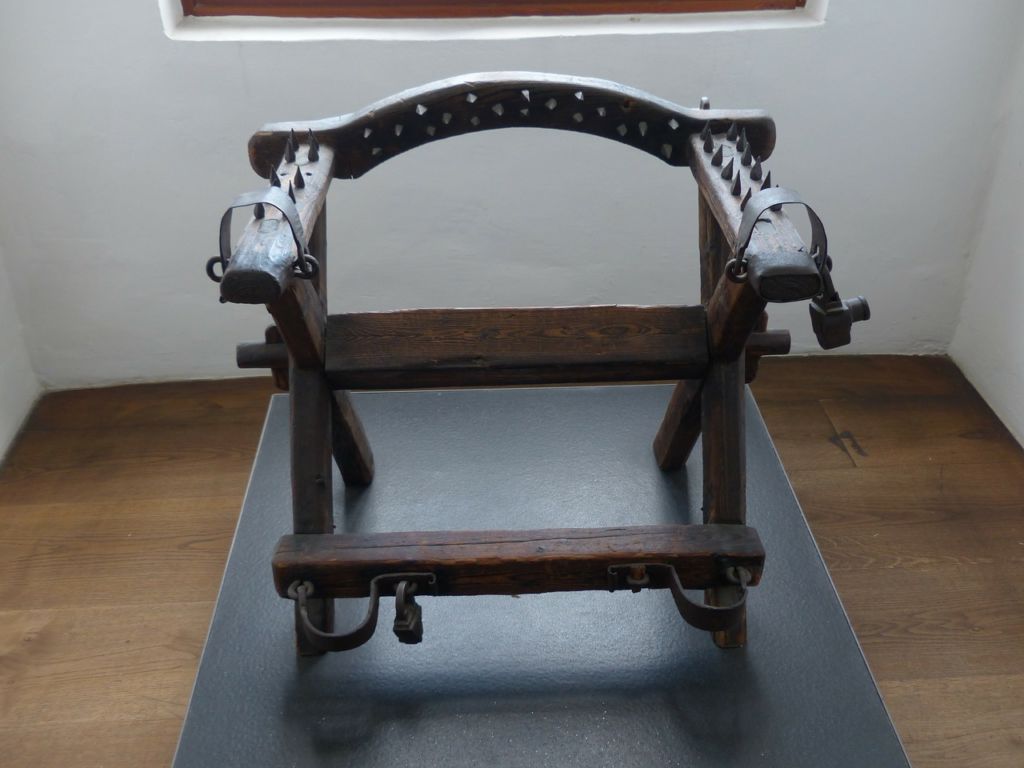 Origins of the Inquisition

The Catholic religion constituted one of the vertebral axes of the Spanish society of the Modern Age (XVI to XIX centuries). Catholic theology was the instrument in the light of which everything was interpreted, meaning was given to everything, whether natural or supernatural. Any act, any human manifestation or not, made sense within that theology… or made no sense at all.

Heresy, the deviation of faith, was considered a sin but also a crime.

As a sin it could be forgiven in confession, but as a crime it could only be punished by a court and a law. Sin and crime were united in the minds of the inquisitors.

And it is in this context that the tribunal of the Inquisition was born, whose law in its almost four centuries of existence in Spain was always a mixture between Christian theology and reason of state.

Because although rivers of ink have been written talking about their origin and their use by the church, those who made the most use of it were the kings.

And here is the first of a long series of myths that have greatly distorted the history of the Inquisition.

it instituted torture in a habitual manner to extract confessions, condemned to the gallows and the bonfire an infinite number of prisoners and socially disqualified entire families.

In all this, despite the extensive Black Legend that persecutes the Spaniards, we were not original, unique or different from the rest of Europeans who did not have a single inquisitorial court in their territories.

What was the Inquisition after in Toledo?

The latter crimes are particularly interesting in relation to the Inquisition of Toledo because of the large sums involved. In fact, we should not be surprised by the fact that those Edicts of faith with which this article was opened dedicated a specific paragraph to a series of crimes/sins that were sought to be eradicated especially in Toledo. While the text of the edicts of any court is a mere repetition of crimes equally sought in every corner of Spain (Judaizers, Mohammedans, Lutherans and Protestants, forbidden books, heretical propositions and blasphemies, etc.), the edicts of faith read by the Toledans at the doors of churches warning them that they had to inform on those who had seen or heard that they had committed a crime had an impact on a series of practices that seemed foreign to the rest of Spain. Here, in Toledo and not in Seville or Logroño, the inquisitors were especially attentive to pursuing a large cast of magical practices related to sorcery and witchcraft which, we can deduce from their insistence, were practiced in our city more routinely and habitually than in others. This is how the inquisitors remembered the Toledans who came to denounce:

Books, beans, voodoo dolls, invocations to the devil, hand readings, cards and letters, filters and healing concoctions prepared to attract the love of a man, to know of the one who one day abandoned them or to prevent the husband from continuing to abuse and mistreat the wife.

The edict did not affect the social condition of those who committed these crimes and sins, but today we know that the majority of women fell into the hands of the Inquisition accused of all of the above.

They were the protagonists of the hundreds of trials and judgments held in Toledo for accusations derived from sorcery and witchcraft, much more numerous and numerous here in Toledo than in comparison with any other Spanish inquisitorial court. That medieval tradition of Toledo as a meeting point for magicians and necromancers adopted a new form in the 16th and 17th centuries, that of witches and sorceresses.

Year 1691. Plan of the stage built by the City Council to celebrate a car of faith in the square of Zocodover.

Some examples of Inquisition processes in Toledo

Lives like those of Catalina García de Castro , a poor man of solemnity who lived in caves at the back of San Lucas, paying rent for them to the parish priest of San Justo. Forced into prostitution out of necessity, the Inquisition came for her after she had been betrayed by one of her clients who accused her of having made her disappear from the cave after an enormous roar and suddenly appearing in San Juan de la Penitencia on a spring night of 1731.

Or like that of the washerwoman Inés Rodríguez , who lived in the vicinity of the current viewpoint of the Virgin of Grace and provided spells to a man who ” was fond of a woman (…) for which he was crazy” .

It didn’t work, the toledano gallant who lived in Santa Justa street denounced the sorceress and without further proof that Agnes was condemned for making a pact with the devil in 1618.