Numerous historical sources assign to the old city of Toledo a very important role in the study and development of the magical arts. The coexistence in the same point of ” three cultures” impregnated the city with an advanced and unique scientific environment in all of Europe, an ideal breeding ground for deepening other more heterodox arts . José Ignacio Carmona offers us in this extensive and detailed article the reasons why Toledo has been known for centuries as the seat of magic and necromancy.

Traditionally the Jewish people has been one of the most enthusiastic people to the magic, as it is verified among others in texts like ” Horón and the serpents” and in the proliferation of inscriptions on livers and lungs, vows made to a divinity to which an animal has been sacrificed in order to use its entrails to guess the future. The talisman called ” nehustan” was unique, and the most sacred inheritance of Moses, as well as the custom of wrapping the head and hands of wax figurines with bands and veils with the intention of causing damage, was widespread. We also know of the manufacture of ” Ephod” or images of gold plated in the shape of winged disc, attributes of snake or under the appearance of a calf. These objects that were linked to the tribe as a kind of family genius served to provide oracles.

It was very common among Jews the use of divinatory boards, on which priests made rolls of a kind of dice (urim and tummim) in the shape of a disc that moved by a spring answering ” yes” or ” no” to the questions. The figure of the ” nabi” had its apogee in the ninth century BC, it was a figure half horse between the wizard and the prophet who predicted the time in exchange for payment of a coin or a gift. These ” nabis1″ that later would proliferate arriving to establish schools in Rama and Gibea, they crossed the territory grasped one of the hand of the other forming great corros, dancing to the sound of the citara and the tympanum, shouting and gesturing prey of a divine furor. The homofagic enthusiasm was a vertiginous and vibrant silence. 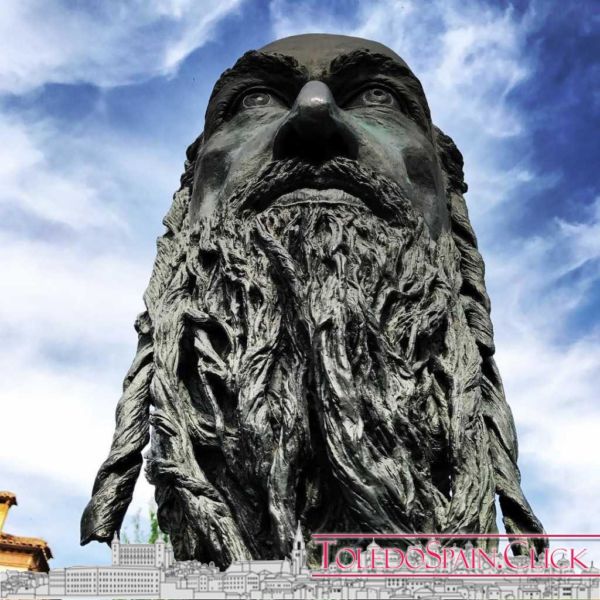 Despite the efforts of the priestly class to prohibit these practices, the ritual use of blood, hair, the laying on of hands, the use of amulets known as ” terafim” or the use of garments with magical properties, as happened with Elijah when he used his mantle to separate the waters of the Jordan. Also in ancient Israel, the invocation of the dead was widespread, as manifested in the famous passage when Saul before entering into combat with the Philistines requests the intercession of a necromancer asking for help to the deceased Samuel. The belief in ” refaim” goes back to the time of the patriarchs, these ” refaim” were nothing more than the vain shadows of the dead who without conscience, knowledge or memory inhabited the earth in a world called ” Scheol” . The Jewish belief supposed that the deceased could be heard either directly from the ground, or through a ” yidde onim” or seer. Similarly was very frequent the phenomenon of the ” incubatio” , which involved spending the night next to a tomb being then when the consultant was helped by the deceased usually during sleep.

The magical Hebrew world was the main victim of the magical Egyptian world. The ritual magic that transfers its later influence to the entire Mediterranean basin has its symbolic genesis in the copulation of the God Thot-Hermes (God of the Word and the Number) with the Goddess Maat (Goddess of Rhythms, Harmony and Truth). Triangles, stairs, magical squares, anagrams, palindromas, and all kinds of geometric figures and alliterations of sounds and letters combined with magical intention flourish as a result of this hierogamy. The creation of artificial living beings is part of the magical essays associated with the last Indigenous pharaoh, Nectanebo (360-350 BC), who according to Greek tradition was the most powerful magician among the Egyptian rulers. The elaboration of ” Ushabti” (figurines representing a double of the dead) leads to the creation of ” homunculis” , beings who were animated life (the pneuma) according to belief, through the technique of writing a magic word on his clay wrist. This Egyptian tradition, inherited by the Hebrew Kabbalah, is behind the origin of the legend reached in the Middle Ages of the famous ” Golem” of Prague.