” Time has passed that in the noble mansion of Doña Leonor silence is absolute. Finished the rosary, that passes the own owner after yantar of the night, the servants, once extinguished the lights and scrutinized corners, retire to their room to rest” . 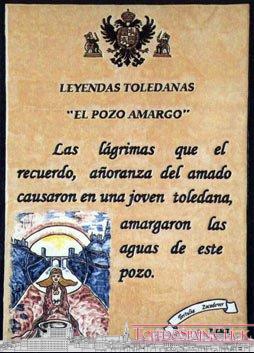 Time has that in the noble mansion of Doña Leonor the silence is absolute. Once the rosary is over, which the owner herself passes by after yantar of the night, the servants, once the lights have been turned off and the corners have been searched, go back to their room to rest.

All is silence in the starry, lunar night. Suddenly, a shadow emerges from the portal, which with a lot of secrecy and taking care that the hinges do not squeak, closes the nailed doors, and the chambergo, embossed in its wide crimson layer and with the hand in the grip of the sword, moves away trying that the noise of the spurs does not give him away.

It is the young Don Fernando, who, hastily, goes down the current street of the Old Nuncio, avoiding dangerous crossroads, to see Rachel, the beautiful Hebrew, lady of his thoughts.

Sound and imposing fall on Toledo the ten bells of the night. Don Fernando walks down the street until he stops next to the walls of a leafy garden that surrounds the palace of the Israeli potentate Levi. The night, with its silence perfumed with myrtles and carnations, envelops the lyrical fragrances of youth. With silver knives, the moon wounds its gothic mullioned mullions in a window, while shaking rails, at the murmur of the fountain, in the garden pond.

Like a scheduled appointment, Rachel, the only daughter of the Jewish potentate, appears in the window. Don Fernando, on seeing her, makes a polite bow, and with incredible agility, clinging to the yedras and the salients, climbs the wall and goes to meet the beloved in the back of the garden.

The moon, with its face plastered, smiles funambulcely as it hides among the tulle shreds of the clouds, but not without first pulling out sparkles from a dagger that describes a death curve and goes back to the heart of Don Fernando.

A drowned groan and a body that collapses without life on the sand of the garden, while the homicidal shadow is lost in the fronds.

Rachel comes, and a sinister scream escapes from her chest when she sees the gentleman bleeding on the ground.

The moon has now hidden among cardinal clouds and thunder bursts, while the old vindictive man laughs.