Skip to Content
Home Tulaytulah; Muslim Toledo The Fountain of the Moor

Rafael Escobar Contreras , author from Toledo, sends us this interesting and new Toledo legend inspired by the period of the Reconquest of the city by Alfonso VI, first for ToledoSpain.click.

It was the second half of the 11th century, and Alfonso VI had the city of Toledo, then inhabited by Muslims, under siege for several months.

It had already taken the castle of San Servando and was preparing to deliver the final attack, while, on the other side of the wall the hunger towards dent in its inhabitants.

The Saracen King, together with his guest Prince Abul-Walid, assessed the situation and decided that they had no choice but to circumvent the siege and leave in search of help. Al-Qasim, the prince’s emissary, left for Grenada to ask King Abd Allah for a small advance party, while Abul-Walid went to North Africa to gather his troops.

Taking advantage of the nightfall, they left the city over the bridge of Alcántara, but the sentries of the castle discovered them and with one of their arrows reached the emissary who continued riding, seriously wounded until the forces failed him, beyond the hills where the Infantry Academy is located today, and fell to the ground in agony.

Elvira, daughter of the Christian captain in charge of the castle, who every morning at dawn walked on the back of a sucaballo through these places, discovered the wounded body of Al-Qasim and quickly, tearing his clothes, improvised a bandage with which he covered his wound. After hiding him under the cover of some bushes, he rode to the castle to return again with water and a loaf of bread.

I’m sure you’re also interested in: Templars in Toledo

For several days he cured and fed the young man until he recovered and was able to continue his journey, not without first promising Elvira, with whom he had fallen in love, that he would return never to abandon her. Not a single day did Elvira stop coming to that place waiting for the return of her beloved.

Meanwhile, the city had been taken by Alfonso VI and the Moors, who now occupied the hills, planned their reconquest.

Elvira, even though she knew she was in grave danger, mocking the guard, kept going faithful to her appointment. But one day she was surprised by a Moorish patrol, eager for revenge, which dispossessed her of her honour and murdered her. One of the aggressors picked up from the ground a silk scarf bearing the name of his beloved embroidered in gold. 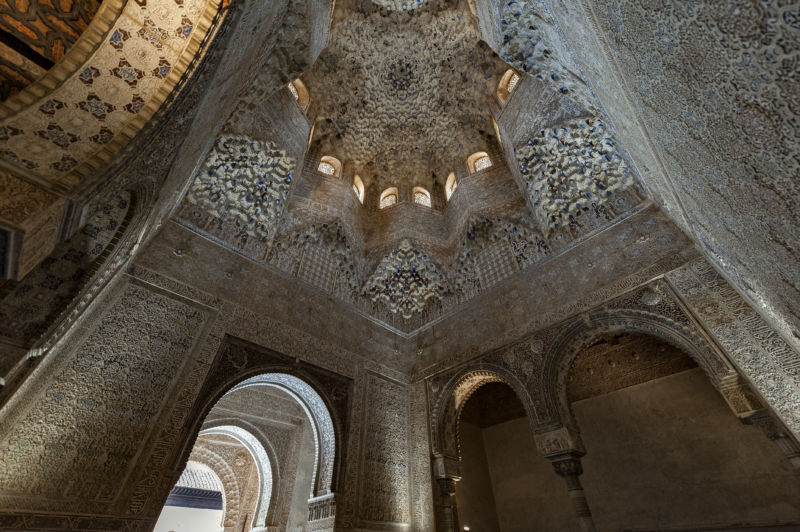 A month later, when Al-Qasim returned to Toledo with the army of Granada, the Saracen officer in command handed him the handkerchief with his name, explained to him what had happened and regretted the actions of his soldiers, whom he had already punished, he wanted to compensate him by offering to lead, together with him, the reconquest of the city.

The emissary rejected the offer and went in distress to the place where he had met his lady. There he spent three days and three nights crying his grief of love, until he decided to take his own life.

They say that his tears, shed on that inert soil, caused a spring to spring up that still flows today and is known as the ” Fountain of the Moor” .

Published in ToledoSpain.click on January 8, 2008, under permission.

All rights to the current Legend are owned by Rafael Escobar Contreras. Any publication of the same must be authorized by its author.

Situation of the Legend in GoogleMaps: