Some years ago I had fled from the city where I was born, Toledo. Then my Lord King Alfonso VI had reconquered the city, and the bad company mixed with the night led me to end up in mourning with one of my enemies, in this case, a Christian like me.

I had to hide in the lands of Al-Andalus, persecuted and harassed by companions of the deceased; I sought refuge in the palace of a powerful Muslim Lord who welcomed me and cared for me as one more servant during these years.

But tonight, as I dreamed of my city and longed for its starry nights, two strong guards of my lord had brought me into his presence, and as I waited to be received, I feared the worst: that my captors had discovered the place where I hid by escaping from that terrible night.

I appreciated my lord. At first, he treated me like another servant. He had given me shelter, food, and work, but later had shared with me knowledge and knowledge not yet possessed in Christian lands. I regretted that my lord could not know the beauty of the world, the colours, the visible forms, the lights… because as a child he lost his sight during a terrible illness which not even the best doctors in all of Al-Andalus were able to cure.

When he arrived, through the wide hall of the palace in which we were standing, my lord seemed calm but at the same time nervous. This made me fear the worst. But his words reassured me:

– I know your past. I know that you came from Toledo, I know that you made a mistake and came to me, undoubtedly through the intervention of Allah, Our Lord. Now it is time to thank me for what I have done for you: go back to Toledo, go back to your city.

– My Lord,” I replied, ” if I return to Toledo, I will be imprisoned and dead for the mistake I made.

– Don’t worry, no one will recognize you after all these years. My order will also not need your accommodation in the interior of the city, just go to the place they call ” The Valley” .

My lord then explained to me that he discovered certain ancient texts, written by the Muslims who had inhabited Toledo for years, that in that beautiful place grows a magical flower that combined with certain spells cures blindness. But with time part of that wisdom was lost, and today nobody knows what it is like, what colour it has or what it smells like… Therefore, he asked me to bring to his palace a specimen of each species that he finds, so that he could escape from the darkness that has dominated him for so many years.

And here I am, walking almost in the dark already, with a big sack loaded on my back, with how many different flowers I have found during three days and three nights in El Valle de Toledo, trying to hide myself from the people that pass through here and sleeping in the open air, when tiredness overcame me, while I see how the torches illuminate my beloved city and I contemplate for the first time in many years those dawns and dusks that I saw during all my childhood and youth.

After three days of hard work, and several more on the way, I have returned to my lord. Sitting around a large table we have put all the flowers of different shapes, colors and smells that I have found in El Valle. I watched as my lord trembled like a child taking the flowers one after the other, reciting some verses that he could not understand and passing them in front of his open but dull eyes.

Over and over again he rubbed the almost dried petals through their bowls with no result, while tears of disappointment ran down his cheeks.

When he reached the last one, I got up and took the jacket again and told him I would return to Toledo as many times as necessary until I found the flower and gave him back his sight. And when I was about to leave again, the voice of my Lord resounded in the palace:

– Wait! Did you wear those sandals on your trip?

I obeyed without further ado and placed within their reach my worn sandals, which had trodden on Toledan lands.

He brought the sole closer to his eyes and at the moment the colors, the light, the beauty of life filled his heart through his eyes. The miracle had taken place.

I understood what happened. After several days walking through the valley without rest and in the middle of spring, he would have stepped on the sought-after flower, and its essence remained on the sole working the miracle in the eyes of his lord.

I thanked my lord for giving me back my blindness, although temporarily as well: I saw again the city I so longed for. I could never do it again, but by doing so I had restored sight to the one I helped most when I needed it.

And all thanks to the flower of blindness, the one they say grows near Toledo, on the other side of the river, in the place they call ” El Valle” . 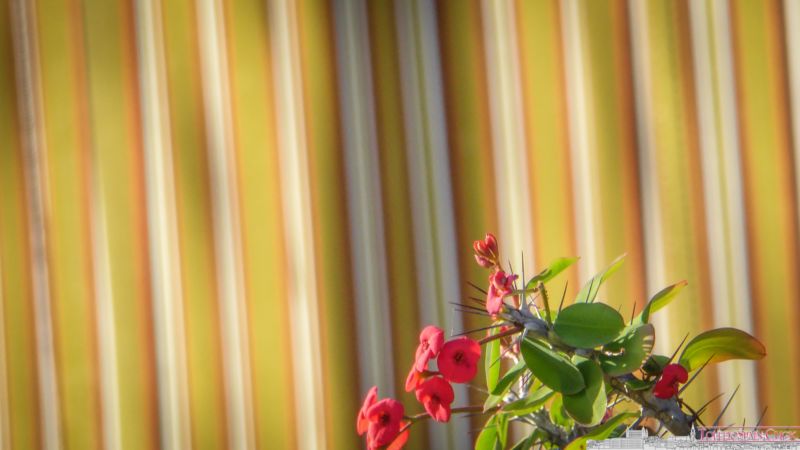 Location of this Legend in Googlemaps

The photographs of El Valle de Toledo that adorn this legend belong to Gonzalo Caballero. Here you can visit his photos and his Blog.