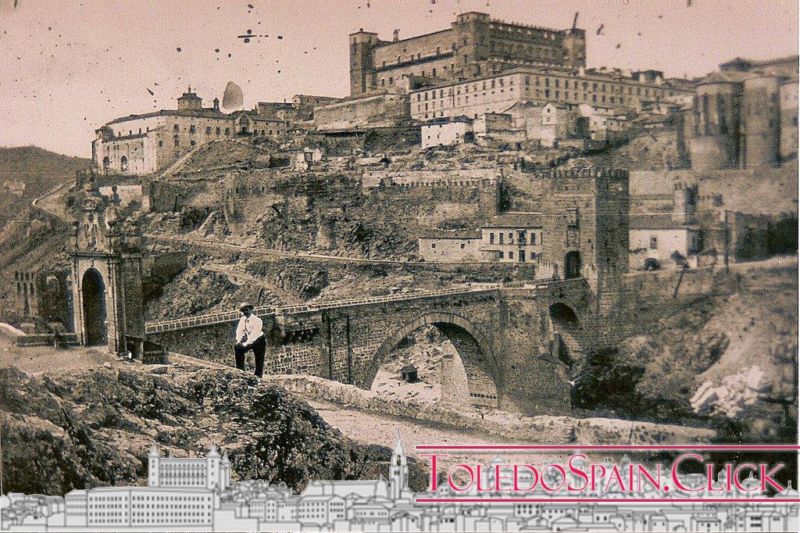 Bridge of Alcántara and Remains of the Artificio of Juanelo towards 1864. Photograph by Alfonso Begue

Hans Christian Andersen was born on April 2, 1805. Danish writer and poet of well-known stories and tireless traveller, he was also in Toledo in 1862. Impressed by the city of the Tagus, he devoted an entire chapter to describing his experience in Toledo in the book ” Viaje por España” (Journey through Spain). And he wrote a curious legend about the ” Campana Gorda” of the Cathedral…

Toledo is reluctantly left. It is sad to leave thinking that you will never return, that you will never see the place that strangely aroused our sympathy. It might seem like some lines written in the travel diary of any current tourist, but nevertheless they came from the pen of the author of such well-known stories as ” The Emperor’s New Suit” , ” The Little Mermaid” , ” The Ugly Duckling” … Hans Christian Andersen visited Toledo for several days in 1862. 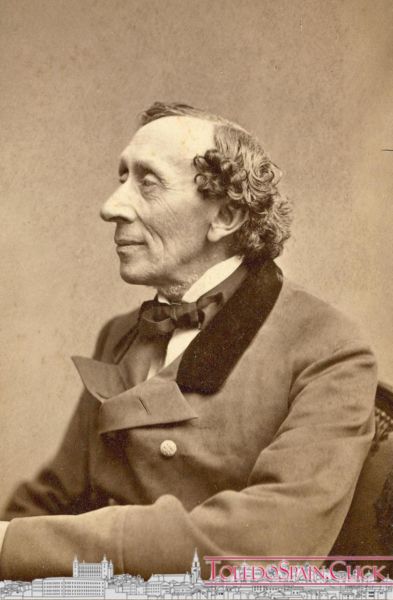 They say that in Toledo Andersen could have caught a cold… It was December 1862. An intense cold spell covered the centre of the peninsula with snow and the journey from Madrid by train, passing through Aranjuez, did not last the current 28 minutes that the AVE takes to reach the small train station (the current one was not built until 1916) 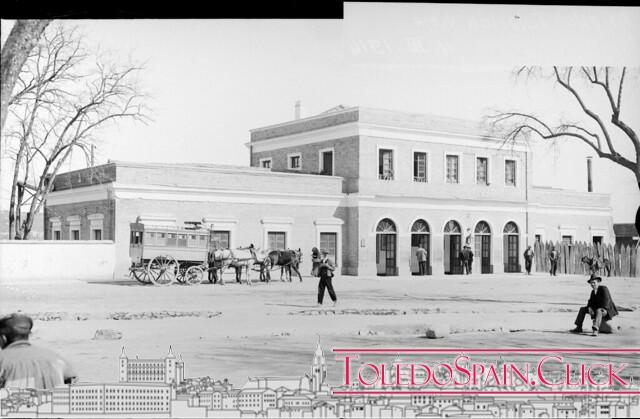 Andersen was a passionate traveler. He was already 57 years old when he visited Spain. Twice Andersen had planned to visit this country, in 1846, while at the border he refused to enter because of the intense heat he could not endure, and in 1860, when news of a cholera epidemic induced him to postpone his trip. He was a hypochondriac and sick, a victim of a constant toothache and afraid of being close to some horrible death. As a curiosity, he traveled with a long rope in case he had to escape from a fire…

The passion for our country came to him since he was a child, when he witnessed the arrival to his land of certain Spanish soldiers allied with Napoleon, being very appreciated by the locals in front of the French soldiers. As a good traveller, during his life he had travelled to other countries, such as Germany, Holland, Sweden, England, Italy… Something curious for the end of the 19th century because the difficulties and dangers were numerous. He began his journey in Spain through Catalonia, descending the Levant, visiting places like Játiva and spending some days in Andalusia.

The Danish author does not hesitate to reflect the dark spots of the Spain he meets on his journey. In the book ” Un viaje por España ” we can read all the notes he recorded in each of the places and cities visited. One of the chapters is entirely dedicated to Toledo.

” After the Bridge of Alcantara, at the foot of the city walls, he turned the way, and a new and picturesque spectacle appeared before us as we went up. Ancient convents, ruined churches, a desert of stone, a desolate nature, stretched out around us.” 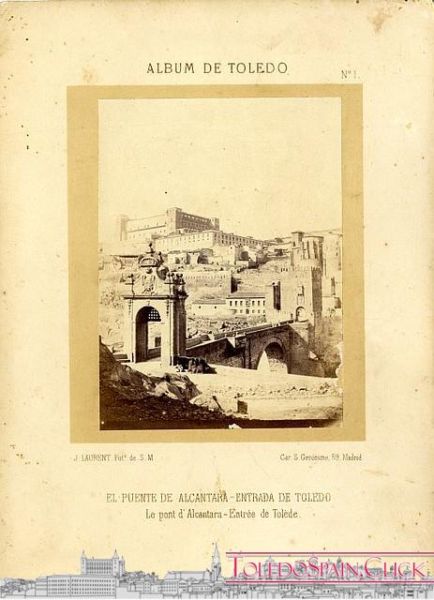 The ” grandiose ruin” and the ” devastated nature” mentioned by the famous writer in his travel book is reflected in the image that the photographer Jean Laurent immortalized in this 1865 photograph. The images of the time show a solitary, ruinous, desert, grey and brown Toledo not only because of the photographic technique of the time but also because of the situation the city was going through, plunged into a sad abandonment. Also the month in which he visited the city (December) would influence the presence of few people in the streets, a constant mentioned throughout the chapter dedicated to Toledo.

In Toledo, he entered the city on a bus via the Alcántara Bridge, from where he saw ruined mills in the Tagus River and the remains of Juanelo Turriano‘s artifice, as in the following image:

I’m sure you’re also interested: The mystery of a tomb 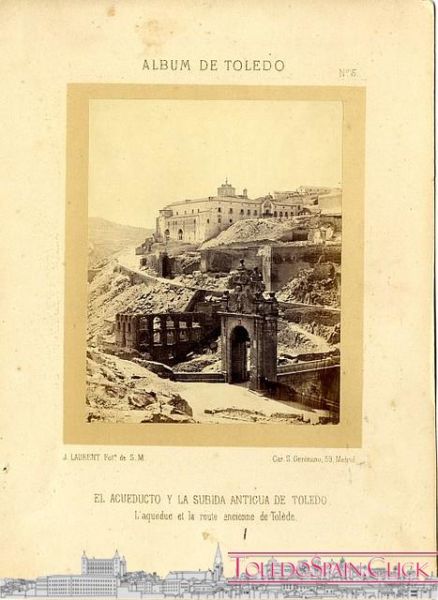 Also the Alcázar , in ruins, as a consequence of the fire suffered during the French invasion in 1810. (Andersen erroneously attributes to the Spaniards the fire that the French caused when they left the city on 31/1/1810)

He ascended to the city through the Puerta del Sol , probably following the path of the following photograph: 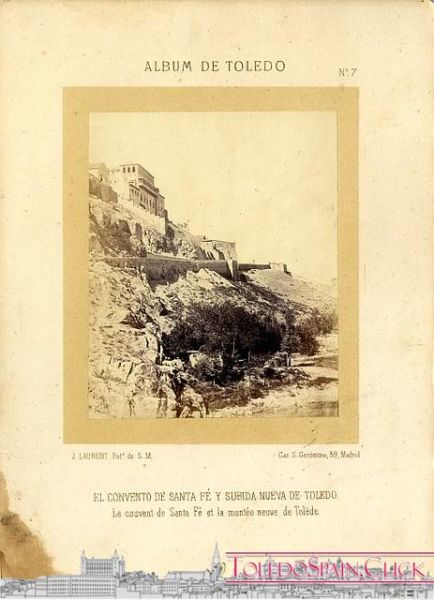 Where he could see ” some trees, some brick benches, and one or two miserable looking tents; two soldiers and a dirty tramp were the only two human beings we saw .” Andersen also complains about the horrible pavement (which in some cases would date back to 1502), until he reached the inn that a good friend had recommended to him, where two donkeys in the hall and some chickens were waiting for him. As a curiosity, although his accommodation was very modest, people tried to make it as comfortable as possible, and he claims that it was ” wonderfully cheap” . 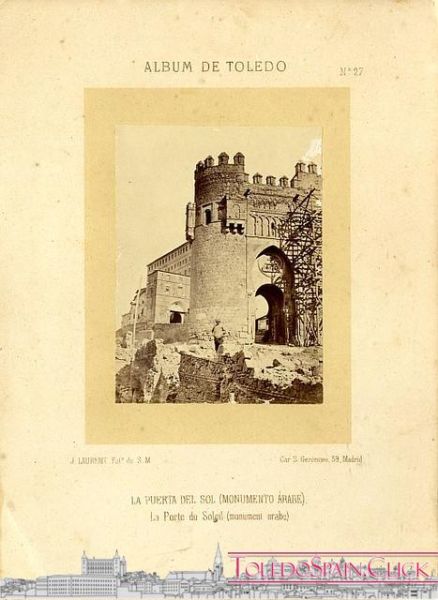 A short time he was in his lodging. He immediately went out to meet the monuments of the city, starting with Alcázar . That’s how he found it: 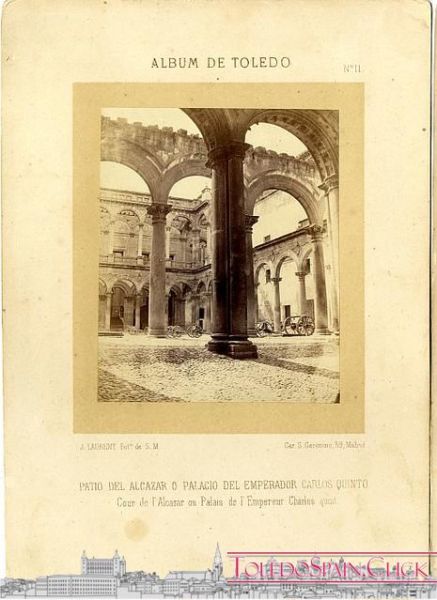 Photo: the ruined Alcazar that Andersen found, occupied by soldiers, goats and in which he describes the magnificence he enjoyed in other times. Still in ruins, it was an impressive building.

From a terrace of the Alcázar Andersen he contemplates the Castle of ” San Cervantes” , erroneously named (the real one is San Servando) and it seems that someone tells him that it is in this castle where the famous Castilian author lost his hand, although he briefly points out ” that it is false, because it is totally opposite to what the story tells” . We do not know with certainty where the famous writer extracted his data about the city, or if some ” cicerone” guided the character through the narrow alleys avoiding the language barrier, since Andersen did not express himself in Spanish. We do know from various references that he was guided in Toledo with a book published in German1. Humility Muñoz2 affirms that ” on one occasion Andersen might have come across a certain fantasy, well-tempered or simply ignorant Toledano who entertained himself in telling these things to which he gave enough encouragement to transcribe them. From a more literary source of information would have derived another type of legends more firmly established in the Toledo tradition. 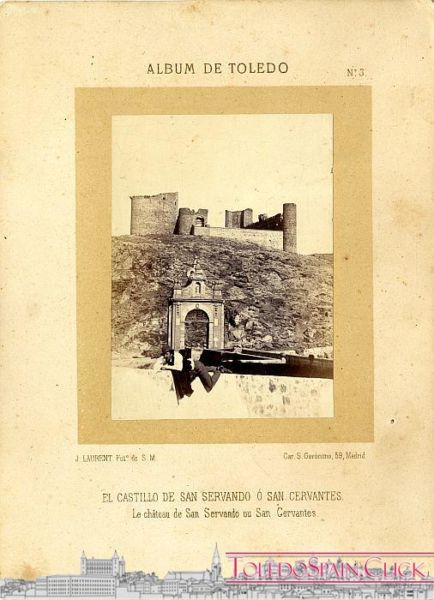 It reaches the Puente de San Martín , climbs to San Juan de los Reyes , describes its garden and Gothic cloister all ” piled up as in useless almoneda, covered by the mourning crepe of the cobwebs. 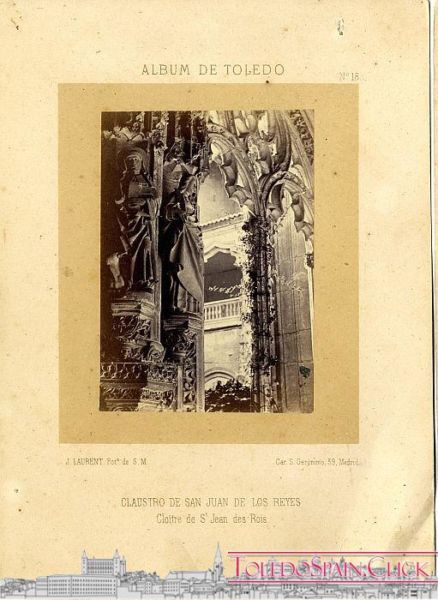 He enters the Jewish quarter, claims that a ” little woman” opens an abandoned house to him with a huge key and mentions the two preserved synagogues of the many there were, and in reference to the tribulations of the people of Israel in the city he says:

” How many horrors, cries of fatigue, how many tears this land will not have witnessed!”

Andersen does not forget to mention the well-known Toledan tradition: in view of the Bain de la Cava, it mentions its legendary history.

Impressed by the silence of the streets of Toledo , Andersen lets himself be carried away by the purest romantic spirit, precisely as Gustavo Adolfo Bécquer would do in those same years, with a mysterious paragraph that he writes down in his book and culminates his first day in the city: