The period in which Doña María de Orozco ” la Malograda” lived towards the second half of the 14th century is determined by convulsions and profound crises in economic, demographic and social matters, both feudal and religious.

On the economic level, production did not feed a population that grew considerably and poor nutrition due to bad harvests, caused diseases such as the ” Black Death” and others, proliferated without control and on the other hand this economic crisis created social conflicts both in the countryside and in the city due to the uprising of peasants against feudal lords or workers against their employers in towns and cities.

Also in the political field the kings did not manage to recover the power that in other times they had and this originated not few struggles with the nobility in the different European countries, this matter that we could also apply it to the religious field. 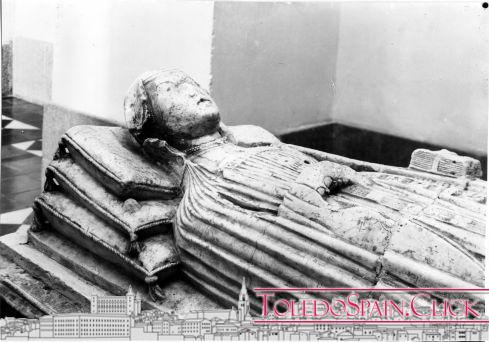 Well, this was the period in which he lived ” la Malograda” , known by this nickname for his untimely death when he was still very young, although other biographers say that he died older. However, this urban legend inspired Gustavo Adolfo Bécquer to write his Rima LXXVI:

” Of that mute and pale woman I remember and say:

Oh what a quiet love of death!

What a dream of the tomb, so quiet!”

Maria was a lady of high birth with several noble titles such as Escamilla and Santa Olalla, daughter of Íñigo López de Orozco and Marina García de Meneses, had three husbands and three widows and from her descend great figures of Spanish history, such as Cardinal Mendoza who was her grandson.

He got married in 1374 with Martín Fernández de Guzmán (Count of Orgaz), who gave him as dowry 20000 Castilian gold doubles. They had a son named Álvar Pérez de Guzmán who became the heir of the titles.

When Martín Fernández died, María contracted a second marriage with Juan Rodríguez de Castañeda, who was widower of Juana de Guzmán; she was the daughter of this link Elvira de Castañeda who was a lady of Fuensalida for having married Pedro López de Ayala, the latter characters who inspired Bécquer to write his legend El Beso (The Kiss). When her second husband Juan Rodríguez died, María married for the third time Lorenzo Suárez de Figueroa, lord of Feria in Badajoz with whom she had three children.

María de Orozco lived in Toledo in the houses belonging to Suero-Téllez de Meneses and María Meléndez who were the family of their maternal great-grandmother who had founded at their own expense the convent of Santa Clara la Real de Toledo which, together with other ancient monasteries such as Santo Domingo el Real and the Capuchinas de Toledo, now make up the area known as the ” conventual” or ” sheds” .

When Mary of Orozco died, her goods and possessions were divided among her seven children, fruit of the three marriages. This distribution was made in Illescas in 1399.

She was buried in the chapel of the Hospital of Santiago de Toledo since her last husband was Master of the Order; after the disappearance of this Hospital, her remains were transferred to the chapel of Santiago of the convent of San Pedro Mártir.

However, Lorenzo Suárez de Figueroa decided to bury himself in the monastery of Santiago de la Espada that had been founded by him, but when this monastery disappeared his remains were transferred to the chapel of the University of Seville. 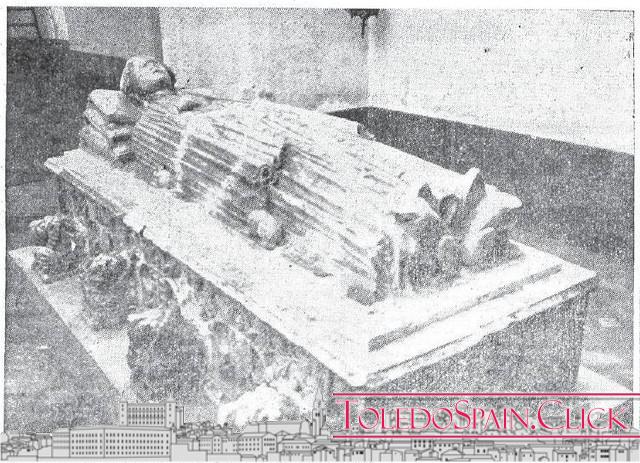 Sepulchre of ” La Malograda” , in the church of San Pedro Mártir. Photo: ToledoOlvidado.com

After the disentailment of Mendizábal many convents and institutions disappeared and San Pedro Mártir was converted from a Provincial Museum and here were transferred sepulchres of important characters, among them the ” Malograda” , however the idea of turning it into a pantheon of ” illustrious characters” did not take hold, although Garcilaso de la Vega and his son Iñigo, Don Pedro López de Ayala and Doña Elvira de Castañeda are buried here – mentioned above – and Don Lope Gaitán and his wife Doña Guiomar de Meneses, founders of the Augustinian convent of the ‘Gaitanas’, among others.

As wife of three husbands and mother of seven children, María de Orozco ” la Malograda” was the progenitor of many characters, some of them very important as I said before.

It is impossible to name them all, but I wanted to dedicate a separate chapter to her because she lived in Toledo and because she was related to many ascendants and descendants who, as they became related to other personalities, made it impossible for this lady to be ignored in the history of our city.

Once again the legend, always attractive, has distorted history. However, we cannot admit that Maria de Orozco was a bad woman. She received a good inheritance and married three times linking with important lineages. And of his two sons and his five daughters he had long descendants, among which, undoubtedly, as we have said, his grandson, Cardinal Don Pedro González de Mendoza, archbishop of Toledo and great lord of the Renaissance, stands out.

My thanks to Doña Beatriz Cano, professor of Art and History at UCLM

Sepulchre of La Malograda in San Pedro Mártir – Toledo1 of 4