Originally from Seville, Spain, Bécquer was born on February 17, 1836. His father was a famous Sevillian painter who left Adolfo orphaned at the age of five… 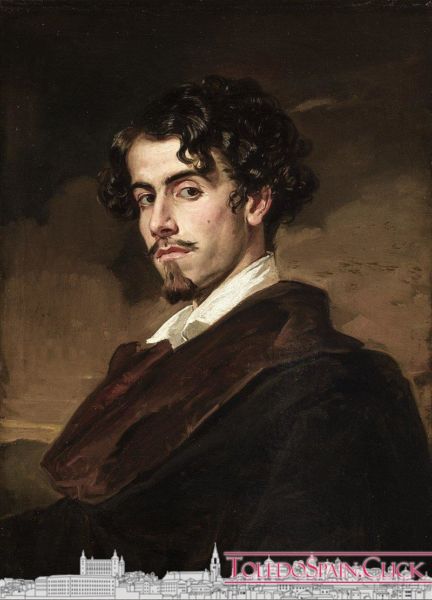 Originally from Seville, Spain, Bécquer was born on February 17, 1836. His father was a famous Sevillian painter who orphaned Adolfo at the age of five; he began his first studies at the school of San Antonio Abad, and then went on to take a nautical degree at the school of San Telmo.

At the age of nine he was also orphaned by his mother and left the previous school to be welcomed by his baptismal godmother. At the age of seventeen he left his godmother and the good position she gave him to travel to Madrid in search of fortune through the field of letters that he was easily given.

As it is known, it was not easy to subsist of the literature and paradoxically, Bécquer who wished to find fortune what abounded were scarcities, reason why he was forced to serve as scribe in the Direction of National Goods, where his skill for the drawing was admired by his companions, but it was motive of which he was ceased when being surprised by the Director making drawings of scenes of Shakespeare. In this way Gustavo returned to live from his literary articles that were then of little demand so he alternated this activity with the elaboration

Some time later he found a place in the newsroom of ” El Contemporáneo” and it was then that he wrote most of his legends and the ” Cartas desde mi celda” (Letters from my cell).

In 1862 his brother Valeriano came to live with Bécquer, famous in Seville for his pictorial production but not for that luckier than Gustavo, and together they lived one day translating novels or writing articles and the other drawing and painting by piece; it was very difficult for the brothers to get ahead of their misfortune and with time they achieved together a modest stability that allowed one to portray as a gift and the other to write an ode by enthusiasm.

As a legacy for world literature, Gustavo Adolfo Bécquer left his ” Rimas” through which he lets see the melancholic and tormented of his life; in the genre of legends he wrote the famous ” Maese Pérez el Organista” , ” Los ojos verdes” , ” Las hojas secas” and ” La rosa de pasión” among others. He wrote sketches and essays such as ” La mujer de piedra” , ” La noche de difuntos” , ” Un Drama” and ” El aderezo de esmeraldas” among a variety similar to that of his legends. He made descriptions of ” La basílica de Santa Leocadia” , the ” Solar de la Casa del Cid” and the ” Burial of Garcilaso de la Vega” , among others. Finally, within the Spanish folklore he wrote ” Los dos Compadres” , ” Las jugadoras” , ” Semana Santa en Toledo” , ” El café de Fornos” and others.

In September 1870 Valerian ceased to exist, a hard blow for Gustav, who soon fell ill without any precise symptoms, of pneumonia that later became hepatitis to become a pericarditis that soon had ended his life on September 23 of that same year.

A few months later, on 22 December 1870, Gustav Adolf died.Curiously enough, conciliating with a total eclipse of the sun, he died at the age of 34 in Madrid, probably of some kind of winter cooling.

His last words were ” All mortal” .

In ” Leyendas de Toledo” we pay tribute to this fantastic poet by publishing some of the ” Legends of Becquer” about the city of Toledo.

Other information about Bécquer and Toledo:

– A Bécquer graffiti in Toledo 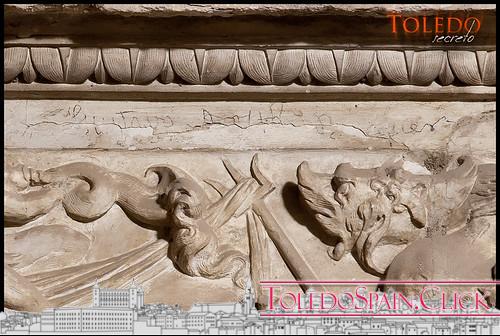 Photo: Original graffiti by Gustavo Adolfo Bécquer in the protada of San Clemente () Read more about this graffiti here.