248 steps, reformed, have taken us to the Gorda Bell of the Cathedral of Toledo, taking advantage of the opening ceremony on September 6, 2011. After the ” read more” , we offer photographs and data of interest for the visit.

On September 6, 2011 has officially opened the rehabilitation made in the cloister and access to the tower of the Cathedral of Toledo, which includes a visit to the ” Gorda Bell” (news in ABC Toledo) The event was attended by various authorities and has allowed us to access at first to spaces that had been closed to the public for up to 28 years.

The rehabilitation works (which have cost about 600,000 euros) are a wonder, allowing access to spaces such as the Queen’s Balcony (from which there is an impressive view of the interior of the Cathedral very close to the vaults) or various bodies of the tower, such as the room that houses the clock mechanism or the ” pulley room” .

It also allows visitors to visit rooms such as the kitchen used by the bellman or the high cloister. 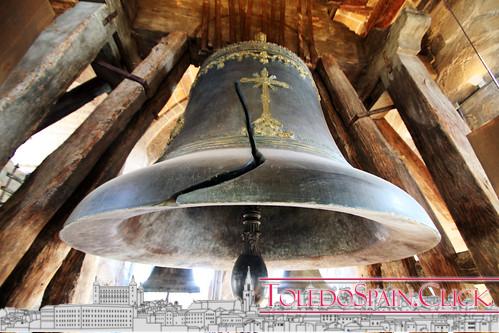 The gap in the Fat Bell

What is really interesting for the Toledans is the reopening of the visit to the tower, where the famous ” Gorda Bell” is located. The rehabilitation allows access to the body of the tower where the ” Campana Gorda” is located, weighing more than 7500 kilos and 2.29 metres high (see more details). In the following photo you can compare the state before the restoration of ” San Eugenio” , the largest bell in Spain (according to campaners.org): Before the recovery of the Gorda Bell

La Campana Gorda before the restoration undertaken in 2011.Photo: Agustín Puig on Flickr.com

At present (2017) you can access to visit the Cathedral tower, and its Gorda Bell, buying the ticket, in the shop of the Cathedral, and being part of some of the groups in the schedules established for their visit. 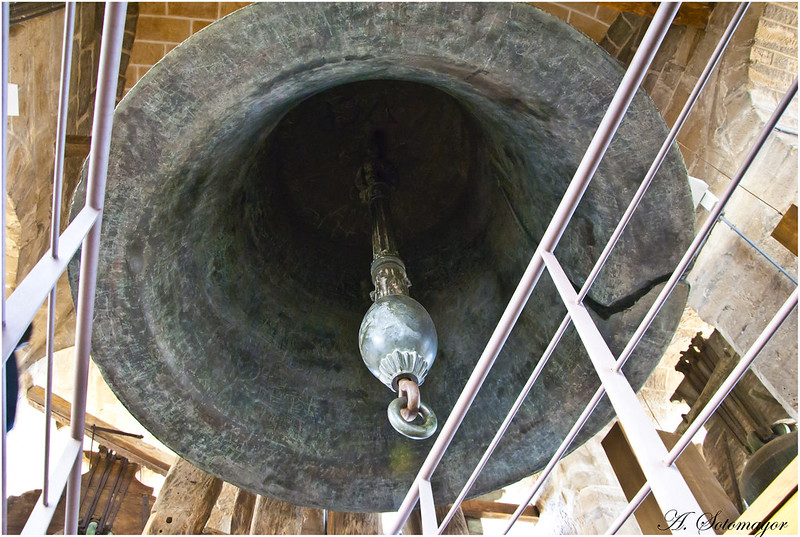 See all the facts about the Campana Gorda in this link.

Photos: Juan Luis Alonso. See all in this set at Flickr.com: