We have it complicated with today’s article, and surely there will be disparity of opinions. We are going to try to list the twelve monuments that you should not miss if you arrive in Toledo for tourism. And as we always recommend, that it is not just one day. Updated. 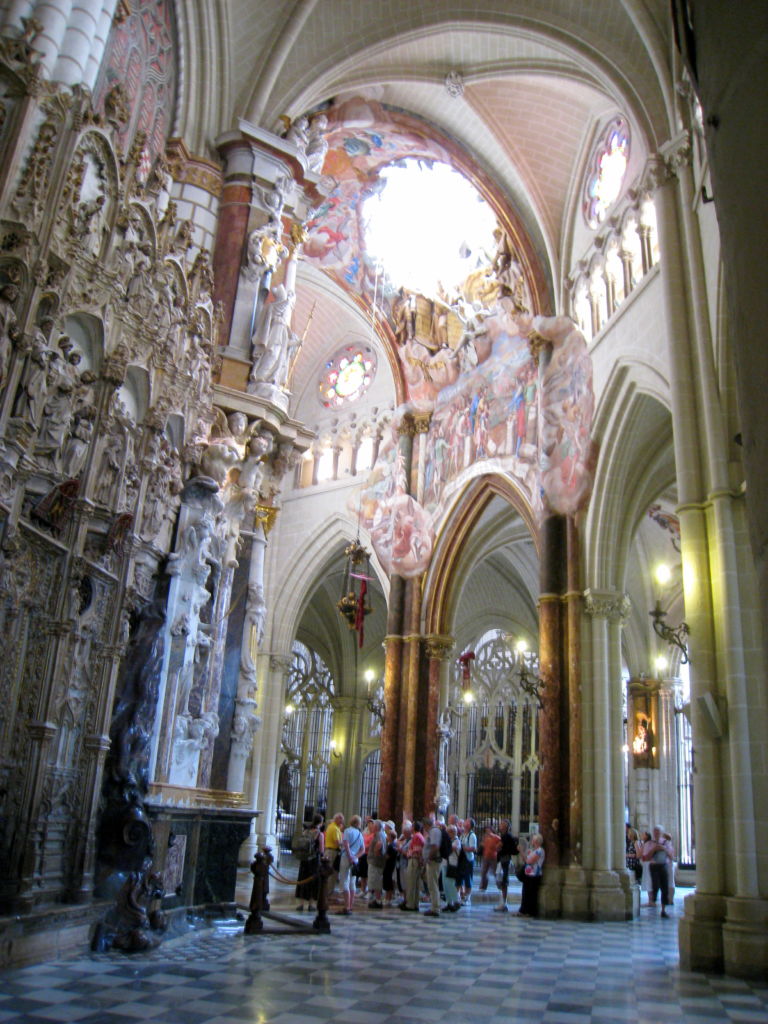 Panoramic view of the interior of Toledo Cathedral by Toledospain

There is a reason why she is ” the Primate” of Spain… Also the number one in this list. The innumerable treasures it houses are magnificently surrounded by a marvellous and unique construction. The Gothic cathedral of Toledo began to be built in 1226, on the remains of previous temples that very probably are conserved in the subsoil of the present one. Visit is free on Sunday afternoons, presenting DNI for Toledanos and residents in the diocese of Toledo. 2,50 euros on Sundays from 14 hours for Spaniards. The rest, 10 euros, 12.50 euros visit with climb to the tower (the ticket is purchased in front of the Puerta Llana)

2. The Alcazar. Museum of the Army. 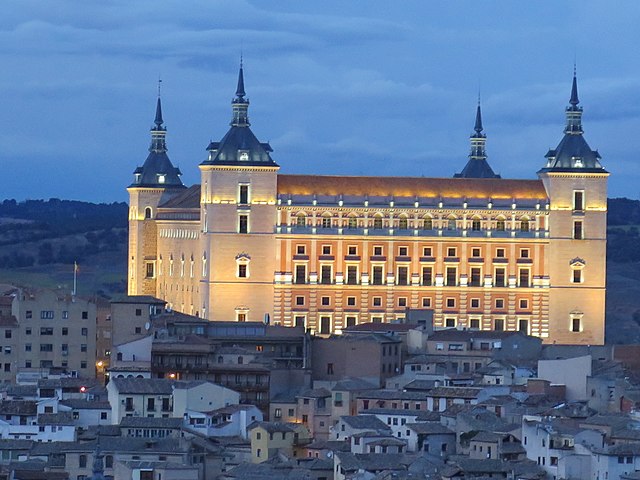 Roofs of the Alcázar de Toledo by Toledospain

Not many years ago, the new Army Museum was inaugurated in the Alcázar de Toledo. It was moved from its original location in Madrid, and is being a great success of visits. If you come to Toledo, you should spend a good while touring its halls. They store a large part of the military history (land army) of Spain. On Sundays there is usually free access, the rest, paying entrance fee (5 euros) Mondays are closed, also if it is a holiday. 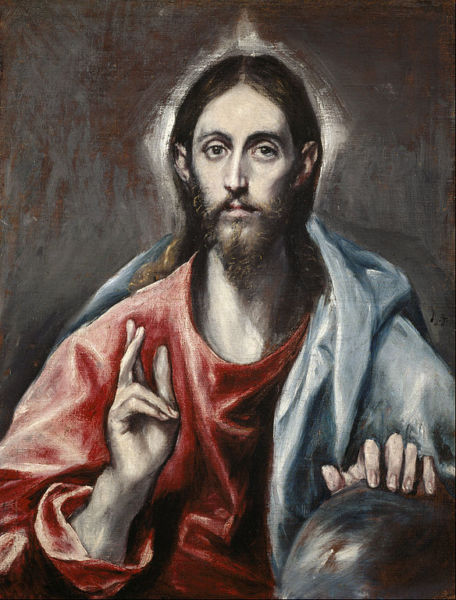 Cave of the Greco Museum in Toledo..

The Cretan painter who arrived successfully in Toledo, where he created wonderful works that we can enjoy today in some of the most famous monuments of Toledo and in this museum. It is the only one in Spain entirely dedicated to the figure of the painter. Inside is part of the work of El Greco, which highlights a magnificent ” apostolate” , the ” View and map of Toledo” and ” Tears of St. Peter. The museum is completed with paintings by Luis Tristán, Murillo, Valdés Leal and other artists. Access costs 3 euros. Saturdays from 14 hours is free. 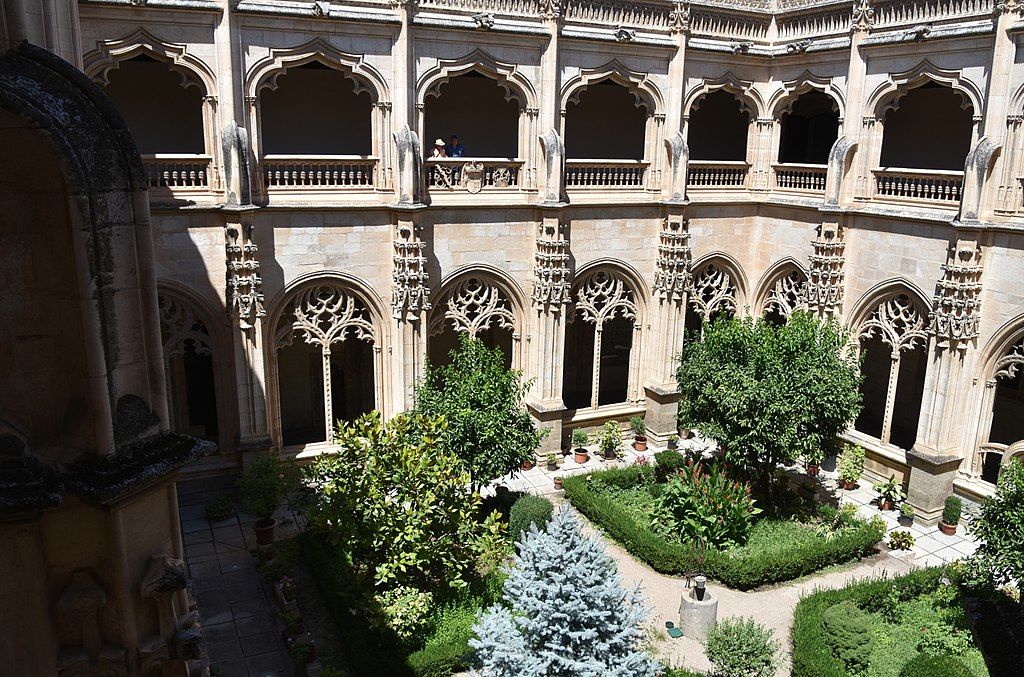 Isabel I ” the Catholic” ordered this magnificent church to be built with the intention of converting it into a royal mausoleum, in commemoration of the Battle of Toro and the birth of Prince John. The building is an imposing representative of the so-called ” Elizabethan Gothic” , including an excellent cloister that is part of the monastery. Don’t miss the gargoyles that surround the cloister and the decoration that sprinkles its galleries, with vegetal and zoomorphic motifs. Ticket price: 2,50 euros.

(Can be visited with the Toledo tourist bracelet)

Sure you’re also interested: 21 monuments and must-see places to visit in Toledo (Updated) 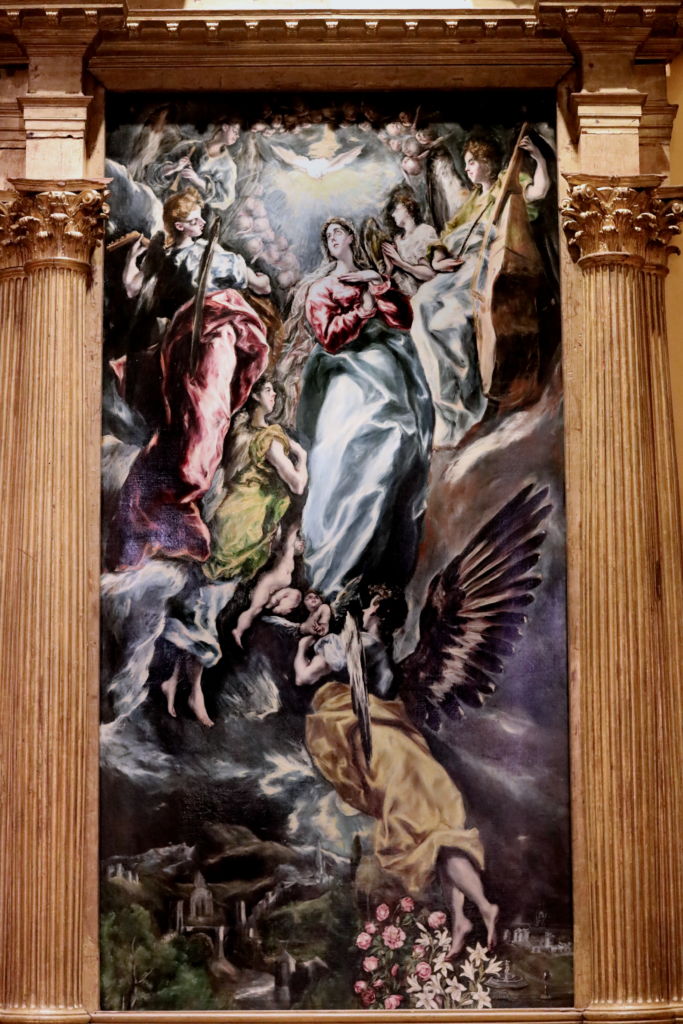 Cover of the Museum of Santa Cruz de Toledo

Initially conceived as a ” Hospital” , the building that houses the ” Museum of Santa Cruz” contains three sections: archaeology, fine arts and industrial arts. It also frequently hosts interesting temporary exhibitions. Ticket price: 4 euros. It is free on Wednesdays from 4 p.m. and Sundays.