*This article was published in 2008, before the reopening of the Cathedral tower. Currently, the Gorda Bell can be visited. More information on this link.

In the magnificent photograph taken by Arturo.G.S. , hosted at Flickr.com, we see in the foreground the enormous gap caused by a ringing, which fractured forever this giant housed in the bell tower of Toledo Cathedral. Those who heard it ring, before the breach, affirmed that it was heard in kilometers around, and that more than one glass of houses near the Cathedral was broken by the vibration caused.

To give us an idea of the dimensions of the bell, EduardoASB offers us these images in its Flickr.com space: 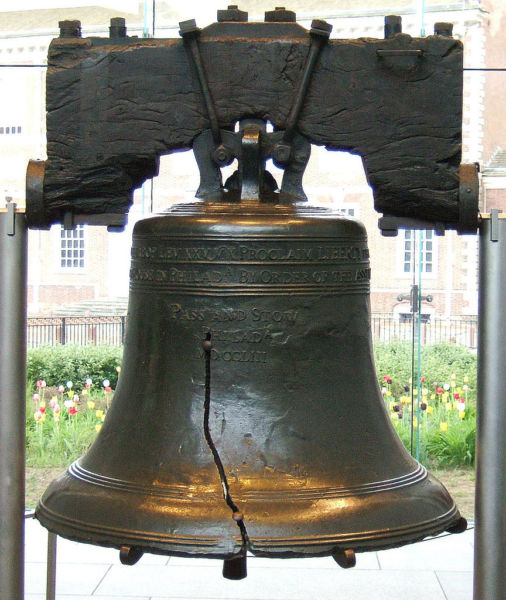 In which we can also observe the breach, in this case from the inside of the bell, next to the enormous clapper that made it ring.

These photographs have the value of the ” myth” that over the years has accumulated the bell and the current impossibility of climbing the bell tower to observe this ” monument” toledano. It is a real pity that the Archbishop, with the collaboration of some administration, does not regain access to this tower, as so many other cities have already done… From recent statements by the Mayor of Toledo, Emiliano García Page, we know that he has proposed the recovery of this space, we hope it will be soon.

We add some historical notes about this bell that is so interesting to the Toledans, because it is a unique element in the Cathedral:

A curiosity from Toledo: The ” Campana Gorda” of the Cathedral bell tower

Founded by Alejandro Gargallo in 1755, it was put there by order of the infante D. Luis Antonio de Borbón and the working canon Andrés de Munárriz.

The very noble tower that accompanies the Primate Cathedral on its left side as it is looked at from the front, hides in its heights a ” treasure” that, in recent years is not allowed to visit: the ” Fat Bell” .

I’m sure you’re also interested: Have you ever seen the Milky Way over Toledo?

Words of E. de Mariategui, in 1866, describing the Fat Bell:

” It is only right that we give news of the famous big bell, consecrated to Saint Eugene, fused in the middle of the last century to replace another also big bell and of which or one of the previous ones consecrated to the same saint, the following copla would be sung in Spain: Campana la de Toledo, Iglesia la de León, Reloj el de Benavente, Rollos los de Villalón. It is suspended in the centre of the last vault of the first body of the tower and has a circumference of 35 feet, slightly more than 12 feet high and about 11 inches thick, weighing 1,543 arrobas; it is open to lime near the lower part, and on the ground is the primitive clapper of very beautiful workmanship, and in spite of this lack of continuity it produces, when touched, a vibration that attracts the contours. In the side that looks to the North it has a cross with a Virgin of the Tabernacle above and an initial of the name of Mary in the base; in the West the effigy of Saint Eugene, and in the East a big shield with the arms of the Cathedral and other two smaller ones; it also has five long Latin inscriptions, being this bell the most used of the twelve that there are in the tower”

We are also told how this mole was climbed to the cathedral tower; D. Luis Moreno Nieto relates it in his book ” Toledo: sucesos, anécdotas y curiosidades” (Toledo: events, anecdotes and curiosities):

It is true that for the bell fat Toledo although it is not so much that ” fit seven tailors and a shoemaker, also the bell and the bell” . Claims that are far from true circulate around the fat bell of the cathedral. A folletito printed one hundred and thirty years ago in the Imprenta Cea, located in Calle de la Trinidad and which was also sold in the disappeared Villatoro bookshop in Calle de Hombre de Palo at the average real price gives us curious and above all true references about its manufacture and placement. Here they are: It was melted by order of Cardinal Borbon and weighs 1,543 arrobas; to weigh the mental used in its foundry was ordered to make a Roman capable of weighing up to 141 arrobas. It was blessed by the auxiliary bishop Andrés NÚñez who renounced to collect the stipend that corresponded to him for officiating in the ceremony; in view of it the chapter gave him with a pot of tobacco and six handkerchiefs.

I’m sure you’re also interested: 50 essential things to do in Toledo (Version 2019)

To raise it to the tower a neighbor of Toledo called Manuel Maldonado made four maromas and two ropes of hemp that weighed near two thousand kilos. The operation of ascending to the bell tower between the natural expectation of the toledanos gathered in the plaza of the City council was done of the following way: from the house number 5 of the slope of San Justo where the master Gargollo had fused it – for that reason it was called since then the ” house of the bell” – it was dragged to the foot of the tower next to the door of the Palms: ” the day 30 of September of 1755 – says the narrator who signs his work with the initials C.F.-. after seven days invested in the dragging from the slope of San Justo to the plazuela of the Town hall, she climbed and was conveniently disposed just as she is now and with such security and lucimiento directed these operations the alférez de frigata don Manuel Pérez that with this commission came to Toledo accompanied by three guardians of ship and twenty-two sailors that were splendidly given away with a refreshment and rich present, each one according to their category. To raise the bell to the tower had to build a large ramp and on it something like a track with two lanes on which slid a platform on which the bell was mounted, through a hoist or garrucha slowly climbed dragged by several pairs of oxen. In order for it to enter the bell tower, the wall separating two of the lateral grilles had to be unraveled.

Two months later the bell broke when it announced the patron saint feast of Santa Leocadia.

More on: all the facts about the Toledo Gorda Bell

*This article was published in 2008, before the reopening of the Cathedral tower. Currently, the Gorda Bell can be visited. More information on this link.