Is it possible to conquer Toledo in two days? If no civilization has conquered it by force, neither will the tourist who only sleeps one or two nights in Toledo.

We will try to summarize the essentials to see, do and feel in two days in the Imperial City. Written in Toledo, by toledanos.

Toledo houses in its streets and monuments the summary of the history of Spain. Not in vain was an important Roman city, Visigoth capital, seat of the Imperial Court of Charles I and now capital of Castilla-La Mancha. Hundreds of monuments preserve the memories of these times, in the UNESCO World Heritage City since 1986.

Do you want to discover the most important things in just two days? Well, let’s try to help you, even if Toledo seems like a small city, it hides many secrets behind the high stone walls.

In this article we will leave out many spaces that we like, unique places, great monuments and mythical spaces, that are not in the traditional tourist circuits. Let’s make a summary of what is necessary, of the essential, if for the first time you visit Toledo for two days. And I assure you that for the writer this is not easy to choose…

We’ve reached Toledo. On our first day, we parked, (complicated task, better read where to park in Toledo), and we left our hotel just after breakfast. In Toledo it is better to get up a little early. There’s a lot to see.

If you don’t have a hotel yet, or you’re looking for one, you might be interested in this information:

Find a hotel in Toledo

You can consult the following offers or click here and look for other dates with good prices in Hotels, hostels and tourist apartments in Toledo. 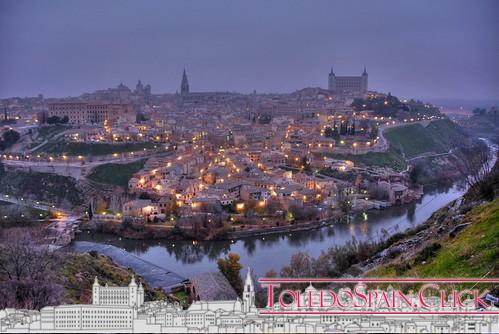 Perhaps the historical epoch that has made the city most famous is related to the period of its capital during the reigns ranging from the Catholic Monarchs until Philip II decided to move the Court to Madrid.

Already in 1085, Alfonso VI chose Toledo as the centre of his kingdom and a base for expansion during the reconquest.

Subsequently, the Catholic Kings followed that ” tradition” of the itinerant Court, since people were the representation of the Crown and not the place or physical space, although they also considered Toledo as a predominant city due to its location and importance and more or less habitual residence.

Charles I was also a great traveller and went wherever his presence was necessary, as far as possible, to control a vast territory. But it was the noble Toledo who concentrated the royal and different important personalities’ stays within its walls the longest.

This presence required the construction and development of large palaces, churches, convents, defences and everything necessary to house an extensive court.

Until in 1561 Philip II moved his court to Madrid.

From those times we have inherited an important monumental heritage that can now be visited and that is where we believe the visit to Toledo should begin if you have little time, as it is the most monumental part.

Thus, we will reach the Church of the Jesuits (San Ildefonso, know his legend), Baroque style, highlight its large nave and the magnificent panoramic views from the top of its towers, not to be missed.

Panoramic view of Toledo from the Church of the Jesuits

This church and 7 other monuments can be accessed with the “Tourist Bracelet of Toledo” , which we can buy directly at the ticket offices of this monument and that during the time that lasts us will allow us to visit seven magnificent monuments, some of which we will visit during these two days.

“Maybe it’s time to find a place to eat or drink something fast, for which we can take advantage of the “