These hot summer days we witness the ” news” of the discovery of the signature of Gustavo Adolfo Bécquer in the upper part of the cover of the convent of San Clemente in Toledo. It is not true, it was already known. A news that comes back every few years due to the scarce documentation and the sensationalism of the press media. It is known that the signature has been there since the 19th century, shortly after it was made around 1857.

A simple press release from the administration, in this case the Department of Education, Culture and Sports, on the restoration of the cover of the convent of San Clemente in Toledo (remember that some time ago a drum of one of its columns was stolen) and an addition on the presence of the firm (which was already known) have led almost all national media to ” ensure” that the signature of Bécquer has been discovered on the cover…

It seems that the misunderstanding (or sensationalism) started from some journalist (EFE Agency?) who has interpreted that the signature had now been discovered. A simple search would have shown the journalist that the firm is known since the 19th century, and published in the press (” El Eco Toledano” ) on February 25, 1915.

Numerous press media have shared in their digital covers the supposed discovery:

I’m sure you’re also interested in: Curiosities of the Plaza de Zocodover in Toledo

And so dozens more from all over Spain (and I’m sure that soon some international media will share it).

You have to document yourself!

Luckily, ABC on 5/8/18 extended the news a little by informing that new firms of architecture students had been discovered, in addition to that of Bécquer. What they don’t say is that there are also some ” more modern” ones.

The news has caused a great stir among numerous Toledans in the social networks, who already knew before the existence of graphite on the cover of the convent. The scarce presence of news during the summer means that this type of information has a rapid extension, giving them as good without a minimum of documentation, very simple and within everyone’s reach, for example:

Eduardo Sánchez Butragueño, author of the blog ” Toledo Olvidado” , demonstrated in 2012 that the firm really belonged to the literate (read post on his blog), probably made around 1857.

Signature of Gustavo Adolfo Bécquer on the cover of the Convent of San Clemente, photo: Toledospain

One of the best photographs taken by the firm was made for the book ” Toledo Secreto” by Toledospain in 2012, which is the image that heads this article and in which you can see in great detail how Bécquer, at the top of the cover, left his signature using a charcoal or pencil, probably climbed a staircase (of a serene?) and not to his brother’s shoulders as ” El Diario Toledano” stated in the 1915 news, because it is quite high, about 5 meters from the ground. 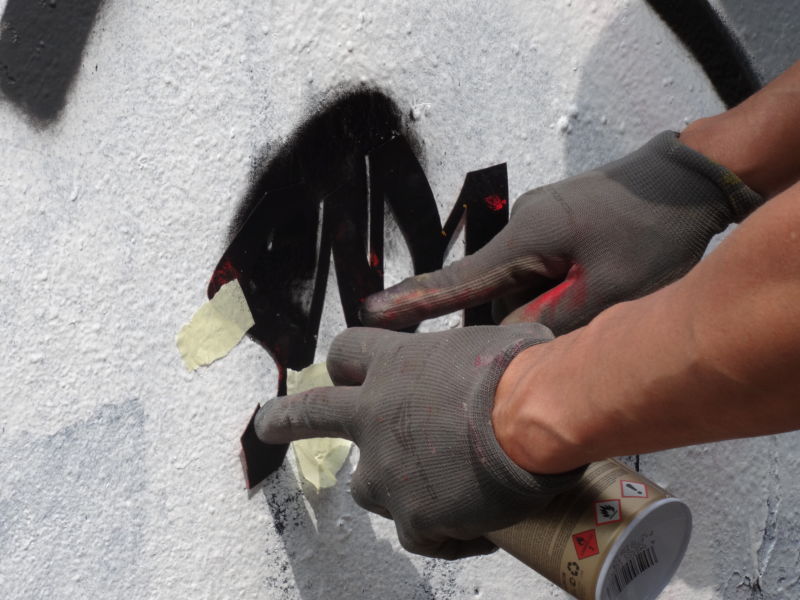 The really interesting thing about the news published by the Department is that finally the drum has been replaced stolen almost three years ago! in this wonderful cover and also has been used to perform certain restoration work needed by the company Alcaen Restaura:

To sign, to leave the name and surnames, even the date, has been very common during the history and in Toledo numerous examples are conserved. There are historical graffiti in places as curious as in the Cathedral’s Gorda Bell, in the tramoya of the Teatro de Rojas or in the columns of the patio of the Museum of Santa Cruz…

This kind of ” mistake” is not really bad for a city that practically lives from tourism… Promotion is never bad, even if it is due to misinterpretation.