Skip to Content
Home Toletvm The prophecy of the Tagus

Legend has it that it was a Count named Don Julián who betrayed his King (Don Rodrigo, last Visigoth King), allied with the Arabs and facilitated the passage through the Strait of Gibraltar for them to begin the invasion of the Iberian Peninsula… This happened in 711. Centuries later, Fray Luis de León gave his particular point of view on the reason that led to such a terrible betrayal of the noble Don Julián, in this legend. 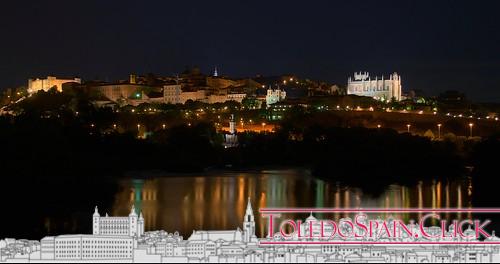 King Rodrigo was folgaba with the beautiful Caba on the banks of the Tagus without a witness; his chest took out the river, and he spoke to them in this manner: At a bad point you rejoice, unjust forcer; for already the sound, and the bitter voices, and already I feel the roar of Mars, of fury and fierce encircled. Alas, that joy of yours brings tears! And that beautiful one, who saw the sun on a bad day, to Spain, alas, how weeping, and to the scepter of the Goths how costly! Flames, pains, wars, deaths, desolations, fierce evils between your arms you close, immortal works to you and to your natural vassals, To those who in Constantine break the fertile ground, to those bathed by the Ebro, to the neighbor Sansueña, to Lusitaña, to all the spacious and sad Spain From Cadiz the injurious Count calls. to attentive vengeance, and not to fame, the barbaric force in whom for your damage there is no delay. Hear that the sky touches with fearful they are the fierce trunk that in Africa summons the Moor to the flag that to the unfolded air goes light. The spear already wields the cruel Arabic, and hurts the wind, calling to the fight; innumerable tale of squadrons together I see in a moment. People cover the ground; under the candles the sea disappears; the voice to the confused and varying sky grows; the dust steals the day and darkens it. Alas, that the long ships already hurry up Alas, that they spread their vigorous arms to the oars, and ignite the sparkling seas for two hienden! The right Aeolus swells the sail in the stern, and long entry by the narrow Herculean with the steely tip the great father Neptune gives the armada. Oh sad, and still has the evil sweet lap? nor call to the evil that comes does not accorres, occupied do you not see the port to Hercules sacred? Go, run, fly, cross the high mountain, occupy the plain, do not forgive the spur, do not give peace to the hand, wiggle fulminating the insane iron. Alas, how much fatigue, alas, how much sweat is present to the one who dresses loriga, the brave infant, men and horses together! And you divine Betis, of blood of others and your stained, you will give to the neighboring sea how much broken helmet, how much body of nobles destroyed! The furious Mars five lights you make disorder, equal to each part, the sixth alas, condemns you, oh face fatherland!, to barbarian chain.

After reading this legend in the form of poetry, we can only recall the presence of numerous legends about King Don Rodrigo, and his presence in the Christian Romancero, for being the King who lost the Visigoth territories to the hands of Muslims. In these pages you can also read the legend ” La Cava” , with the same theme and in another version.

* Cava ” would be the appellation given to Florinda, the daughter of Count Don Julián, and would have a meaning close to ” prostitute” , according to some sources.

** Baño de la Cava ” is named after a spot on the banks of the Tagus, near the monastery and church of San Juan de los Reyes and the Bridge of San Martín, where the legend tells of the young Florinda bathing. You can see a photograph from the beginning of the 20th century below: 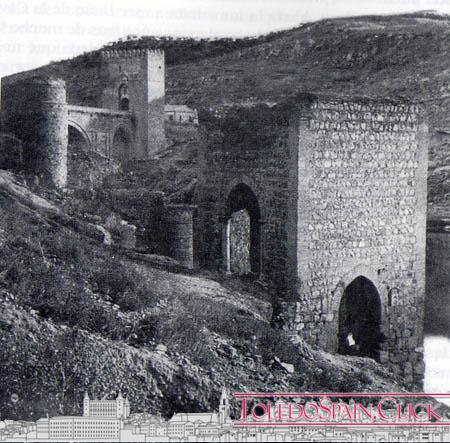