” Greco Light 2015. On Thursday 10, Friday 11 and Saturday 12 of September the city of Toledo will once again experience a festival of light and sound that aims to fuse architecture, music, signage and digital video effects. This year the date (in September) and spaces are moved to the Museum of Santa Cruz, Palacio de Fuensalida and Plaza de Santo Domingo El Real. 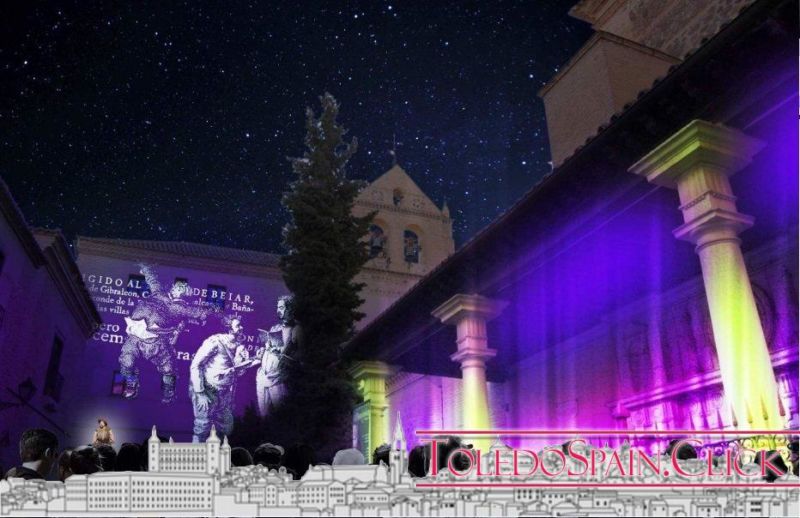 As reported by Toledo City Council, collected by ABC, the spaces in which the light and sound show will be projected ” Luz Greco 2015 ” (Lux Greco) move to Museo de Santa Cruz, Palacio de Fuensalida and Plaza de Santo Domingo El Real , the next 10, 11 and 12 September , in half-hour passes between each session.

Given the forecasts of attendance at the show of Luz Greco for this weekend, and in order to facilitate that it can be seen by the largest number of spectators, today and tomorrow will be extended with two more passes developed in the Plaza de Santo Domingo el Real. In this space, due to its physical conditions, access will be limited to a certain number of spectators, around four hundred, per pass. In the other two locations, Palacio de Fuensalida and Museo de Santa Cruz, the schedule will be maintained until 1:30 in the morning, with a frequency of half an hour.

In order to facilitate the transit of people, attendees are asked to follow the indications of both the signage and the organization so that there is greater fluidity in access to the shows, specifically in the Museum of Santa Cruz and the Plaza de Santo Domingo el Real. In this last location, the entrance will be through Calles Buzones and Aljibes and the exit through the Shed of Santo Domingo el Real and Santa Clara.

” Toledo: Luz Greco” is a monumental show based on the work of El Greco that preceded the celebration of his IV Centenary in 2014. It has been performed for several years in different monuments in the city, during the month of July. In 2015, it has been moved to September.

If you come with your car: In this link you will find information to park in Toledo.

Sara Hidalgo Villamor sends us articles about Lux Greco published in press with a magnificent photo of her property: elmundo.es

You can see some pictures of Lux Greco 2011 here: http://flic.kr/s/aHsjvr1QqC

And if you want to do a nocturnal route through Toledo after seeing the show, do not hesitate, go to toledospain.click