The Santiago Chapel of Toledo Cathedral is one of the most sumptuous and largest. Beneath it is the body of an illustrious character and some members of his family: the Constable Don Alvaro de Luna, executed in 1453.

While he felt how the metallic leaf was close to his neck in that Plaza Mayor of Valladolid, on June 2, 1453, in those seconds in which the executioner leaves the priest to finish a response, Don Alvaro remembered his childhood, his life with King John II, and the enemies who had managed to lead him to the terrible situation in which he found himself: the Marquis of Villena, the Marquis of Santillana, but above all Isabel of Portugal, second wife of the King… And the intrigues that during his life had led him to be a central figure of the Kingdom of Castile with tremendous power. 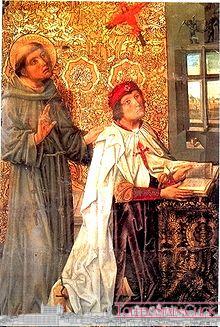 At the age of 63, he had lived an intense life, both as a knight and as a servant of the Crown. He remembered in this trance his family, and the commission he had left to his wife, Juana de Pimentel, to get the transfer and burial of his body in the Cathedral of Toledo, where one day he hoped to rest with his family.

The head rolled over the scaffold as Don Alvaro ceased to exist in this world.

Joan achieved her purpose, not without a few obstacles, but also money could do it all in a remarkably corrupt court. They recovered his body from the convent of San Francisco, and his faithful servant, Gonzalo Chacón, moved the remains to Toledo where he was received and buried in the chapel of Santiago, which Don Alvaro had financed. There he rested.

Don Álvaro, not content with building the most sumptuous chapel in Toledo Cathedral, had also left a curious commission: a bronze statue that thanks to a certain spring was able to be incorporated during the Consecration of the Eucharist and later return to its lying position, as a sign of the power attained in life (and death) by the Constable of Castile and Grand Master of the Order of Santiago.

Time passed, and in 1808, the stonemason Luciano Martín Forero was commissioned by the Work and Factory of the Cathedral to go down to the crypt of the chapel of Santiago and with the help of some pawns check the vault and repair damage.

With no little effort, the workers were able to move the heavy tombstone that covers the access to the crypt, and prepared oil lanterns to illuminate the darkness that emanated from the overwhelming and humid space that opened under their feet. Under the attentive gaze of numerous people who gathered there for the opening of this crypt for the first time since the fifteenth century, one of the pawns began to descend the steps, followed by the rest of the procession.

Luciano, who descended in second place, had heard old stories about recumbent statues that were incorporated, but that were withdrawn in a few years by Queen Elizabeth the Catholic because of the hullabaloo she formed among the people that prevented the normal development of the religious offices. She had also been told legends of ghosts, devils and ghosts that populated the mysterious subways of the Cathedral…

A loud cry caused Luciano to abandon these thoughts, while the lamp carrying the first pawn suddenly went out. The blackness that surrounded them made the group fear the worst, which did not take long to introduce another oil lamp from the entrance…

When they reached the last step and joined the first young man, they observed that with a face of terror he looked towards the center of the crypt, where a group of skeletons, seated in old armchairs and with their clothes tattered, placed the remains of their hands on an old table as if they had been in a macabre gathering for centuries. The empty bowls of the eyes of the Condestable’s relatives seemed to be watching closely a skull resting in the centre of the table, possibly the head separated from the body of Don Álvaro, who on 2 June 1453 rolled in Valladolid.

Superimposed before this first and terrifying encounter, the workers quickly repaired the flaws in the vault, looking occasionally at the macabre group sitting in the eternal gathering, leaving as soon as they could from that crypt. Luciano still had the strength to engrave his name and the date of that day with the tip of his razor on a wall in the crypt.

Comments to this Legend:

Sixto Ramón Parro mentions the macabre visit in his Toledo guide (book 1º, page 386) It was published in the magazine ” Toledo” , in 1889, number IV by José María Ovejero, and later it has been recovered in several editions such as Mateo y Rodríguez (2007) or Pantoja y García (2009)

Goitia Graells mentions this tradition in the opening speech of the 1980-1981 academic year of the Royal Academy of Fine Arts and Historical Sciences of Toledo, in an interesting intervention (” Historias, tradiciones y leyendas de la Catedral Toledana” ) which can be consulted in its entirety on the website of the Royal Academy and specifies the following:

” Juan Moraleda says: that in the vault under the tombs of Don Alvaro de Luna and his wife, in the General Chapel of the Primate Church there are still the corpses of these characters; and that Don Manuel López Coronado, benefited presbyter and Sacristán Mayor in this Cathedral, that in union of the Court of First Instance, lowered to this vault in 1869, as a result of the first great robbery of the church, manifested to a friend, that there were neither table nor skeletons some around it and if only a few bones crammed on earth dock” . The edition of Parro in which the note appears is from 1857, so it could well be true since the one cited by Mr. Moraleda refers to 1869, when the cited Sacristán Mayor fell, and between the years between those dates could have been executed works and skeletons that would have been removed, leaving only the remains referred to by Mr. Manuel López Coronado.