Skip to Content
Home Mysteries of Toledo Halloween in Toledo

Halloween and All Saints Day are approaching, an exceptional occasion to spend the night of October 31st in the city of Toledo. The magical city par excellence offers many options to spend the ” most terrifying night” or the day of remembrance to those who are no longer among us, as you prefer…

Do you want to do something VERY SPECIAL in Toledo during Halloween 2015? Look at this: ” Cemetery: Dead and Appeared”

Find fast accommodation in a hotel or hostel in the city. Thousands of tourists will take advantage of the weekend of October 29 and the festive Tuesday, November 1, to enjoy the magical charms of the Imperial City. You will be able to do night routes, dramatised, mysterious, haunted… Consult our article on ” Tourism in Toledo” to find out about the offer of this type of night routes (or day routes) or get to know the proposals that the city offers you to ” get out and walk around Toledo” . 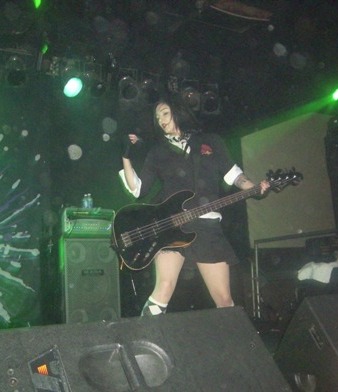 Do you prefer Halloween?

The Anglo-Saxon influence is entering intensely into Spanish customs. Many shops sell costumes, ornaments, sweets, etc., inspired by horror movies or magic. It is said that on Halloween night, the door that separated the world of the living from the Hereafter was opened and the spirits of the dead made a procession in the villages in which they lived.

Immigrants who arrived in the lands of today’s United States popularized carrying these candles inside empty gourds, given the abundance of this vegetable at the end of October.

No plan for Halloween night? Make our route ” corners of terrifying legends in Toledo” or better leave it to the professionals, who really know all the mysteries of Toledo. Hire as soon as possible one of the many routes that will be organized that night, as there will probably be absolute full this year. In this link you have a very good offer to spend a ” terrifying” night.

Do you prefer All Saints’ Day?

All Saints’ Day is a Christian tradition instituted in honor of All Saints, known and unknown, according to Pope Urban IV, to compensate for any failure of the faithful to feast the saints during the year. It has its origin in the Celtic festival of Samhain.

It is a tradition in Spain, also in Toledo, to visit the cemeteries on November 1, in memory of relatives, friends, acquaintances who are no longer with us. Flowers are usually bought to adorn the sepulchre.

At this time, typical sweets called ” huesos de santo” and ” buñuelos de viento” (as in other regions of Spain) are consumed in Toledo. Popularly, the night before this festivity is associated with certain legends of the dead: the sound of bells announcing the departure of souls through the streets…

” When the bells ring,

do not bend for those who die:

fold for those who are alive,

for them to remember.”

From ancient times the Toledans also visited the cemetery, and in the multiple churches the Requiescant in pace resounds, which is like the last note, the expressive farewell of those who hope to die to those who begin a longer journey. As a good custom, in hidden places in our dwellings, candles and lamps were lit for the good of the deceased. The mausoleums in the cemeteries were covered with black crests, with everlasting crowns and wax axes, whose weak lights shake the wind, giving them a fantastic and gloomy appearance…

The two culminating points these days in Toledo were the Knit Masses in the church of San Román and the responsos of the kings and the funerals in their honour. In the Mozarabic Chapel of the Cathedral ” The Agenda” or Mozarabic Office of the deceased, strange, harmonious and sublime in all concepts; while in another chapel of the Cathedral another Office of the deceased is also perceived, sung by the Lords Chaplains of Kings of this city. The brothers and congregants of the Blood of Christ – one of the primitive brotherhoods of Toledo – attend this act, dressed with their respective medals, ribbons, sceptres, crucifix and other accessories; all with red adornments. They end their response in the presbytery of the Capilla Mayor, where lie D. Alonso VII, D. Sancho III the Desire, D. Sancho IV the Brave and other real characters, after which they return to their own Chapel and from it to the current Chapel of the New Kings, where the same Office is repeated. This act is called ” The response of the kings” .

On the Day of the Dead, the Masses in the ancient church of San Román are another characteristic affair. The sacrifices of the altar are celebrated at twelve o’clock in the day, one and two o’clock in the afternoon. The temple is largely covered with black crêpes; on the main altar there are paintings of deceased people imploring charity, and in the centre of the main nave there is a simple tumulus, around which there are numerous artistically carved tombstones denouncing the corpses they cover.

And if you come to Toledo, bring the book ” Navigando por las leyendas de Toledo” on your iPad or on paper.

Do you want to do something VERY SPECIAL in Toledo during Halloween 2015? Look at this: ” Cemetery: Dead and Appeared”