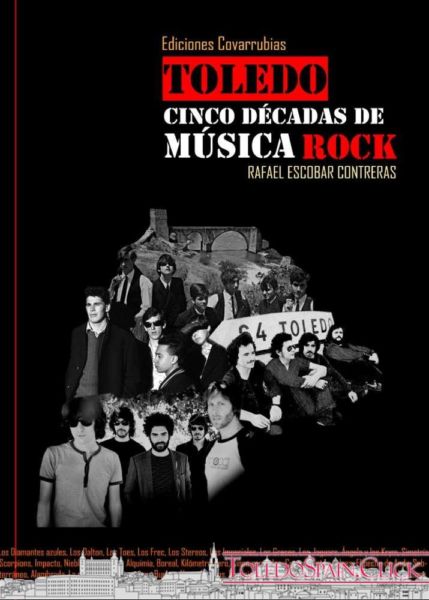 A few weeks ago a new book was presented in Toledo which, in 200 pages, gathers together the musical history of the city from the sixties, with the appearance of the first pop groups, to the present day, where the most varied multitude of groups and styles come together. Its author is Rafael Escobar Contreras.

Now that the 2010 Book Fair in Toledo is about to begin, it is a good time to get closer to another editorial novelty published on this occasion by Ediciones Covarrubias: ” Toledo, cinco décadas de música rock” (Toledo, five decades of rock music). The book perfectly documents the trajectory of more than 100 groups that arose in this city and allows us to know, through interesting commentaries, the cultural and musical moment in which each one of them lived. A book that is a tribute to the pioneers of rock in Toledo, providing information and data, and all those who have accompanied with their music the lives of several generations of Toledo.