Situated at the end of a natural watercourse on Toledano hill, next to a well-known Tagus wharf, the house belonged to Don José Navarro, author of the crown of Isabel II. There is also a well-known legend associated with the production of this crown.

Few Toledo goldsmiths were able to work diamonds and precious stones at the end of the 19th century. The creators of Toledan jewellery, accustomed to working with gold in damascene, were not accustomed to the meticulous work of stones as hard as those that Don José Navarro used to cut.

He had made lavish jewels for the most varied destinations: nobility, religious images…, and his fame had transcended the walls of Toledo until he reached the court of Madrid. And to the mother of her future queen, Doña María Cristina of Naples, who one day sent her most faithful lackey to request the work of the goldsmith before the next coronation of her daughter Infanta Isabel, before the recent death of her father, King Ferdinand VII.

The goldsmith was pleasantly satisfied with the request of the Infanta’s mother, but he had to decline it because of the numerous works he had already commissioned, fearful of not creating a work valuable enough for the future Queen. And so he returned to court and informed Doña María Cristina, who did not cease in her endeavour and one fine day in the middle of the summer of 1833 arrived in Toledo to apply in person for the work on his most precious jewel, the Crown, from José Navarro.

I’m sure you’re also interested: The hand of the Devil. A legend from Toledo

Before the presence of the Queen in person, the goldsmith did not know how to oppose the commission, and under his head he dismissed his majesty, remaining in the most absolute solitude before such a terrible commission: to elaborate the crown of the future Queen of Spain. 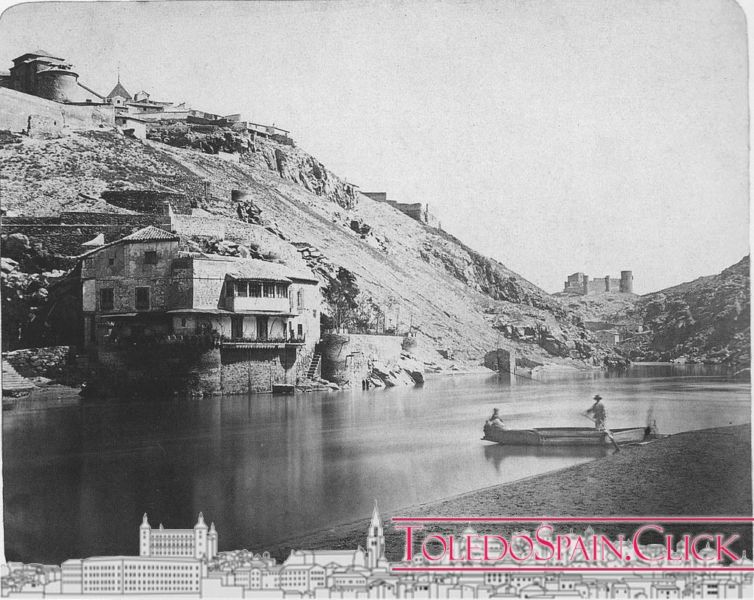 Desperate, frightened and with no idea whatsoever, that same night, in the middle of August and with the terrible heat of Toledo, Navarro climbed to the second floor of his studio, located in what we know today as the ” Diamondist’s House” , took a new workbook from the shelf and slowly began to sketch the ideas that came to him in order to prepare the commission of the future Queen.

The hours passed, it got late, but there was no result. So it was in the days that followed. He had to hire several apprentices to carry out his daily work, because the preparation of the Royal commission did not leave him any free time. He spent hours and hours in front of his studio trying to recreate an image, a sketch, of something satisfactory and worthy of the future queen.

The deadline was being exhausted little by little; September was approaching, and with the date of coronation. On several occasions he had to lie to the envoys of the Court, and teach them four more iron sets, with promises to be making the best crown ever seen in Spain.

He decided not to rest until he got some result, and hour after hour, day after day and night after night, he worked without result.

Certain night, of which the full moon bathes the shores of the gorge and is reflected in the mirror enclosed by the cliffs of Toledo, the goldsmith could not take it any more, and a heavy dream plunged him into the arms of Morpheus in front of his notebook, in his study.

When the day was light, he awoke startled and with incredible surprise he saw how in front of him, in his sketchbook, was drawn the most beautiful crown he had ever seen. He didn’t remember drawing something like that, but he doubted even his own hand, because there were so many nights awake…

But not all the work was done, as the sketch that was found was very complex to make, and could not gather the precious stones and materials needed for its preparation. There were only three days left until the agreed deadline. Immediately he set to work and desperation led him again and again to fail in the proper adjustment of the precious metal. He had not yet obtained the stones necessary for his work, having sent messengers all over the kingdom to locate what was necessary. The night fell again, and exhausted by the work done to no avail, the goldsmith again fell asleep at his work.

He awoke again startled and what was his surprise to see on the work table the most beautiful precious stones, the right size to fit in the crown he was making. He asked the envoys who were arriving, empty-handed, if any had brought the stones, but none knew how to give a satisfactory explanation of the origin of the materials so perfect and already carved.

That same night, surprised by the latest events, he decided to pretend to be asleep in his workshop and observe what was happening, because the deadline was soon expiring and there was still much to be done in the crown. 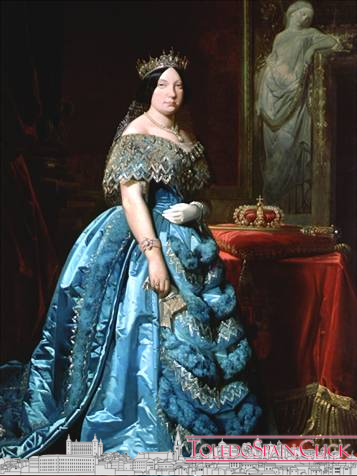 After midnight, he watched with no little terror as the door to the studio opened, and at first, pretending to sleep, he couldn’t see anyone, but what was his surprise when he accidentally lowered his eyes to the floor, he saw something incredible: some small beings, dressed in clothes of hundreds of colors, of strange features never seen, and of very fast movements, entered the room, and they climbed quickly to the work table, taking with an extraordinary force for their size the tools of work, and finishing the work that in the previous days had begun.

In a few hours they had finished their work, and leaving a marvelous work of art on the table, not before looking curiously at the goldsmith who pretended to sleep, they left the room. Navarro got up quickly to approach the window and watch how the little goblins, as it seemed, crossed the small stretch of land that separates the house from the Tagus, to get into the still dark waters of the Tagus and get lost forever.

On the morning of September 25, 1833, having travelled to Madrid, Navarro delivered before the little Infanta Isabel the most wonderful crown ever made and that a few days later would be used by Queen Isabel II in her coronation.