Years ago, a deceased resident of Toledo told me something about his house in the old town that I would now like to share with everyone who reads me here.

He made me swear that until his death, I would tell nothing. Now he is no longer here and in his memory, I share the story.

What I’m telling you is as true as I am a lifelong toledano!

When I was little and lived there with my grandparents, I was told that from time to time, a ” goblin” did his thing in the house. I always imagined that goblin as if he were the typical gnome, you know, with the red hat and that. 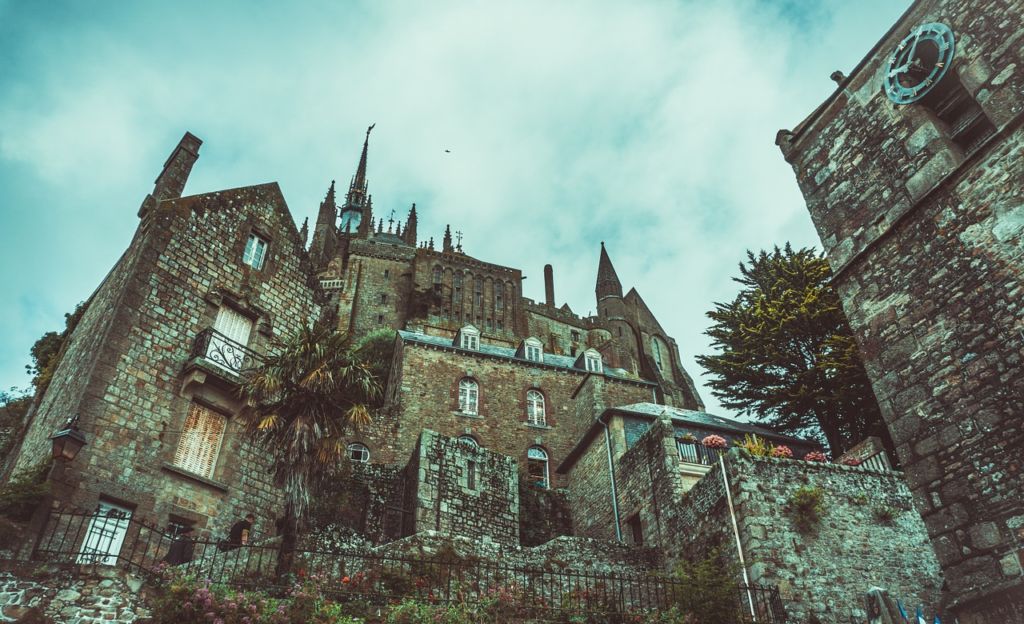 But they said that it appeared very occasionally, coinciding with some festivity in the city, when more noise was heard through these streets, which just used to coincide when we left for my mother’s village. There were the grandparents with the leprechaun, and on the way back they told us surprising things.

I didn’t give it much importance, I could never see anything, as I was growing up I thought my grandparents always tried to scare me, you know, children’s stories so we didn’t behave too badly.

My house was old, almost as old as the city.
works that we did to adapt a basement appeared remains of walls that the archaeologists claimed belonged to the Romans.

When I was young, and trying to ” talk” to a certain girl, I decided to go to my mother’s village, and I stayed only at home. My grandparents had already passed away. It was one of the first times I had the house to myself (my mother didn’t like it very much) and I decided to invite my new friend. You can imagine that the intention was not to play mus with the girl…

But something happened that afternoon.

My house is very toledana. To give you an idea, the most important rooms of the house overlook a small inner courtyard, covered with a large window. If you know of a Toledan house inside, you will know that almost nothing is heard about what is going on outside, in the streets. The silence is almost absolute.

Being alone in the living room, when the streets are filled with people the Wednesday before Corpus Christi, tried to take a nap before
to go out looking for my girl.

A strong blow woke me up as if half the house had been built.
fallen on the upper floor. Something rolled over the floor for an endless number of minutes
seconds. Altered, I ran up the stairs but in the room of
upstairs, the one with the chimney, there was nothing.

I approached the window to see if anyone had thrown
something to the balcony that room had, and as I looked, I could feel
like something was watching me. I quickly turned around and you can see
how a shadow, very fast, disappeared in a corner, and it wasn’t mine.

All of a sudden, all the stories that my parents told me came to mind.
grandparents told me, I began to tie up ends and I remembered the day it was. No
the thing looked good.

That afternoon I ran out of there and stayed at my girl’s house. Actually, I was young and soon forgot what had happened. We didn’t play mus that night either.

A few more years passed, my parents died and my siblings
married and left. I became the owner of the house.

The blows became habitual, sometimes small objects that appeared in another place disappeared from me (although I think this happens to all of us) and more facts of that style continued to convince me that I lived in a house in which ” someone else” resided.

I won’t olive the night before the August parties when I invited a couple of friends who came from the Canary Islands. I put them in one of the rooms and in the middle of the night they knocked on my door saying that it was impossible to sleep there. Through the small, extinguished chimney in that room they heard continuous, incessant whispers, until in a moment a scream from the inner courtyard startled them in such a way that they had to run down to wake me up. When they returned to the room, everything was silent. They went to a nearby hotel. So did I.

After many similar experiences, I recently decided to invite
the night before Corpus Christi, to a person who had recommended to me a good
friend. He said it was sensitive , that
I could talk to people who were no longer with us.

At this point I believed in anything, I had seen and
heard too much…

As he entered the courtyard, he said that a shiver ran all over his body.
body. There were many people there besides us, but they were no longer alive.
least of all how we live. It was not necessary to show him the room of the
the chimney where the blows, the shadows happened… It came only to her and she was
he planted right in front of the fireplace.

There, he just said:

Who are you? Why are you doing this?

The two of us could hear a very distant whisper that said:

From that day on, every night before the most important festivals.
pointed out from the city, I give myself a couple of days off.

And when I tell this someone asks me how can he continue to live in that house, why doesn’t he sell it?

Because there continues to live all my family, those who are, and those who were.

Do you like the stories of Ghosts in Toledo?