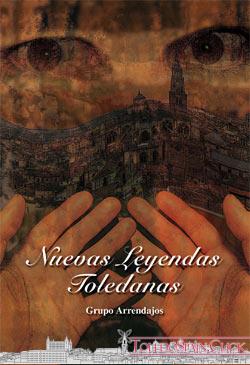 The literary group Arrendajos presented its first work titled ” New Toledan Legends” with the collaboration of the publishing house Ledoria in the Chapterhouse of Toledo City Council.

” There was an immemorial time when Toledo was an

land of shepherds. Men lived in peace in the

riverbanks and the echo of the waves was confused with the

the aroma of their orchards before getting lost in the holy mountain.

There was neither yours nor mine and even the wind, by

make a stop at the custom, restrained the instincts and

From that lost age of imagination are

these new Toledo legends, of heroes who lost

their freedom and won the penalty in a furtive gaze.”

This is the introduction of this new publication inspired by the Toledan Legends. Not by the usual ones, those known and published in numerous publications, but by those created in the imagination of the components of the ” Grupo Literario Arrendajos ” , sponsored by Editorial Ledoria.

On April 28, 2008 was presented the book containing these new texts that come to value ” the soul and spirit” of the city, as stated by the Mayor, Emiliano Garcia Page.

Ten writers have given life to ten legends never before written and that are located chronologically from the time of the Visigothic king Recaredo to our days:

The book is available in bookstores in the city of Toledo.