And in the darkest moment, when need and imagination come together, it is when the light of genius shines with greater intensity to “give birth” to a character who left a deep mark on the history of Toledo. 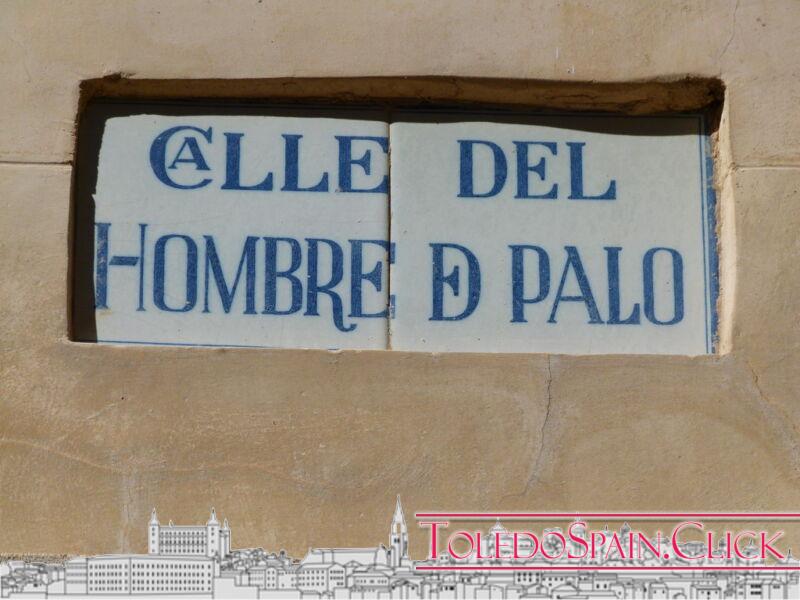 This is how the prodigious ” stick man ” was created , an automaton or meccano in human form (some versions tell us that he was dressed like a monk with sackcloth and a large cross), covered in wood but with its interior full of metal gears, ropes and wheels that possessed their own motion.

Can you imagine an android walking through the streets of the city in the middle of the 16th century? The impact must have been tremendous, in fact there were rumors about whether this being had something demonic about moving and acting as if he were a person, since he also moved his eyes and opened and closed his mouth.

Where did his movement, his life, come from? The curious crowded to see this invention that left locals and strangers with their mouths open.

But the thing did not end there, according to what the chronicles tell us, this curious being carried a piggy bank to ask for alms, and if a passer-by threw a coin, he received a bow from the automaton as a sign of gratitude. In fact, it is said that he served as an assistant to Juanelo himself, carrying out all kinds of errands.

Through the narrowest street that surrounds the Cathedral, it is impossible not to evoke the fantastic history of this artifact that everyone knew as the stick man. 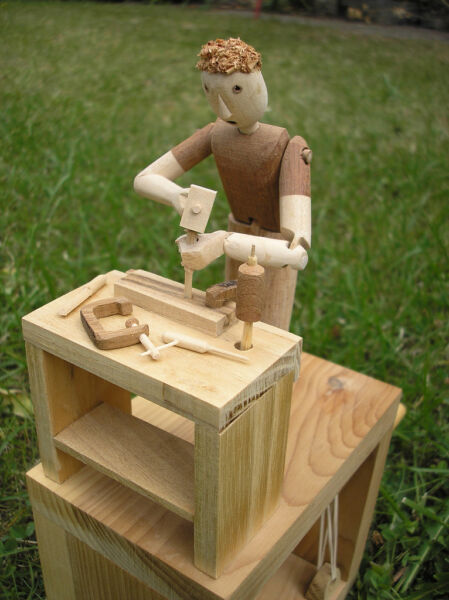 What could the (hombre de palo) stick man really be?

We do not know to what extent all this is true, or if at least part of this story can be considered true, as always in Toledo everything could happen… To give more information, theories have emerged about what this curious invention could really be.

Some historians tell us that it was actually a small wooden statue, with a piggy bank or stocks like the ones we can still see today in some churches, who begged for alms to support the Old Nuncio, a hospital located on a street next, who was known for caring for the mentally ill.

Another version tells us that it could have been a swindler or wooden figure kneeling on a fixed base, carrying a shield in one arm and a sandbag in the other; the custom when passing was to hit the shield so that this curious system would turn quickly and hit an unsuspecting passerby with the sack.

There had to be something similar in this street to leave us with such a curious toponymy.

Has the real stick man been found?

We have reached a very interesting point in this story, since it is not known what finally happened to this stick man. He Just Disappeared?

One theory tells us that it was destroyed, burned more precisely, since from the initial surprise and stupor it was easy to suspect how the hell this contraption could move. Science here was considered closer to heresy than to technological evolution, a controversial subject at least at this time.

Could these kinds of inventions challenge divine creation? Up to a certain point, but they could never have a soul, something inherent to the human being.

These reflections, which lead us to think of literary works that address the same philosophical approach, such as gothic novel Frankenstein, or the famous story of Pinocchio, an endearing story that contains coded messages as a very interesting and valid moral, both for children and adults.

The other theory tells us that the stick man does disappear, but it is not destroyed, moreover, it was preserved in perfect condition by a chain of collectors and the most surprising thing is that it could have survived to this day.

At least there is an automaton that responds to the same characteristics as those cited in the Smithsonian Institute in Washington DC, in the United States.

The artifact in question has two significant data, its date and origin: dating 1560, origin Germany or Spain.

This evidence has led many to think that this is the real man from Palo de Juanelo , the same one who walked through the narrow streets of Toledo, incredible but true. We leave you as a sample, a video that reproduces its operation and its unbeatable state of conservation.

A new life for the “hombre de palo” (Stick Man)

And we end with the news that reached us a few months ago from the Town Hall of Toledo, which has shown its intention to make a reproduction of this invention and place it in what could have been its original enclave, the street that bears its name.

Let our eyes see it, because it is undeniable that the stick man has become in his own right a symbol of legendary Toledo, where reality and imagination merge masterfully to remind us not only of a great invention, but of a great inventor, a brilliant figure unfairly forgotten.

Hopefully the memory of Juanelo will be reborn a little more with this new opportunity offered to one of his works, so that now he does enjoy a new life.

If you liked this story, don’t hesitate, we invite you to get to know us, we are Paseos Toledo Mágico, a cultural initiative that has spent more than a decade dedicated to transmitting these and other stories that make our city a place where the adventure of knowing is enjoyed as a living, magical experience, full of insights that are yet to be discovered…