This week we have climbed (and descended) to walls and gates in Toledo Oculto and Secreto. Thanks to Toledo City Council, which also opens these gates and allows us access to locations we pass through every day, but we are not aware of the exceptional views or the wonderful content they hide.

The first in the visit was the old door of Alfonso VI. Also ” buried” for centuries can now be enjoyed even climbing its battlements on the routes offered by the Municipal Tourist Board (information) We could also walk along the walls that depart from it and admire the neighborhood of El Arrabal de Toledo:

This was the appearance of the Puerta de Alfonso VI (or Old Hinge) before its recovery (photo: Toledo Forgotten blog):

The following photo is taken inside:

The Guardian Angel over the Hinge Gate. In the photos of ” Toledo Olvidado” it can still be seen that the right wing is still preserved at the beginning of the 20th century. It was struck by lightning a few years ago. Since then the sword it carries is a lightning rod with its earth connection.

The last one in the visit was the Bab-al-Mahada Gate known as ” del Vado” because it is very close to a natural pass of the Tagus. It was discovered not many years ago, after centuries of being buried in rubble.

Like so many other monuments that are still being recovered in Toledo today, it is now visitable, after descending some nine metres from the current level of the ground by a narrow stone staircase, as seen in the magnificent photo by Toledospain and which we have fixed as our ” new provisional cover” :. 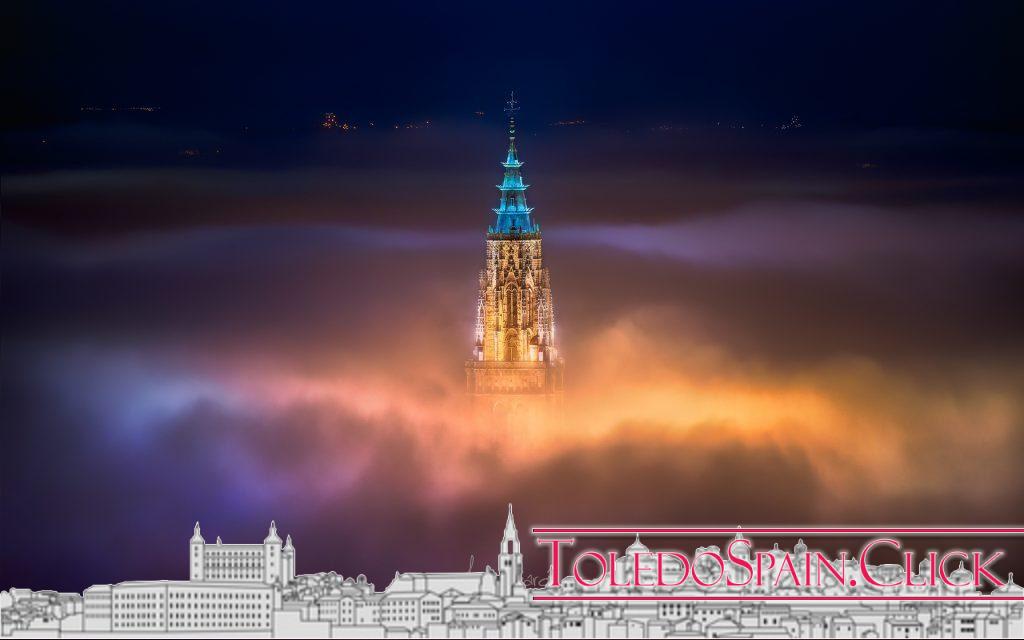 Hundreds of years of accumulation of debris and sediments can be observed inside:

We hope that one day, when the economic situation improves, the Administration will once again bring to light in all its splendour this magnificent hidden monument, of very similar proportions to the Puerta de Alfonso VI.