The City Council has presented the fourth edition of the Candy Fair to be held from 29 to 31 March at the Centro Cultural San Marcos with more than twenty exhibitors and this year will have different innovations, such as participation in the workshops of the two Higher Schools of Hospitality or a corner coffee dispenser. Free access.

This year there will be more than twenty exhibitors from different companies in the province and the region, including bakeries, bakeries, chocolate shops, ice cream parlours, liquor stores …

The IV Feria del Dulce will have more than twenty exhibitors from different companies in the capital and the province, including pastry shops, bakeries, chocolate shops, ice cream parlours, liquor stores and cheese shops, among others, in addition to sweets made by the nuns of four convents in Toledo such as Santo Domingo ‘El Antiguo’, Santa Isabel de Los Reyes, the Comendadoras de Santiago or the convent of Jesus and Mary. 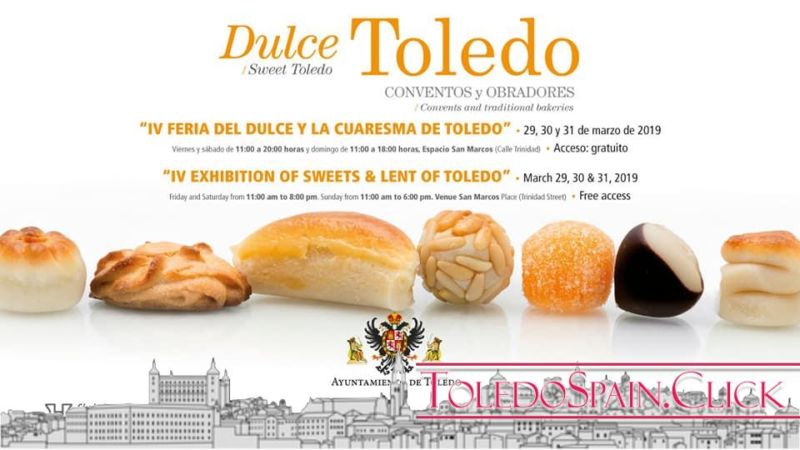 An initiative that allows these convents to close the city, said Rosana Rodriguez, to gain visibility and publicize the work delinquentsen develop throughout the year in their workplaces.

On the other hand, the municipal responsible has thanked the Provincial Council of Toledo for the involvement and collaboration that a further edition have had with the fair. 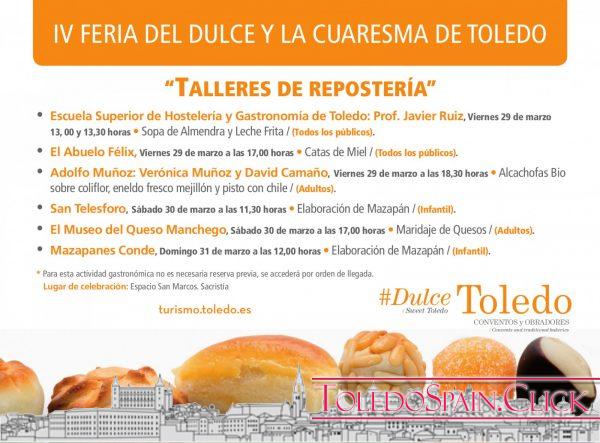 In the permanent spirit of innovation and improvement of these programs, some important innovations have been incorporated to promote and energize this gastronomic event that this year will have in its workshops with the presence of teachers and students of the two Higher Schools of Hospitality that will offer paths masterclass on Friday afternoon.

In addition, for the first time there will be a tasting of coffee in which ” a master will make us feel various aromas and flavors of this drink that is the second most consumed in the world after water and combines perfectly with sweets,” explained Rosana Rodriguez, to say that there will also be a coffee corner throughout the fair.

There will also be two marzipan-making workshops for children on Saturday and Sunday morning, a honey tasting on Friday afternoon, and a cheese pairing on Saturday afternoon. Participation in these activities, which will take place in the sacristy of the cultural center, will be ordered by order of arrival. 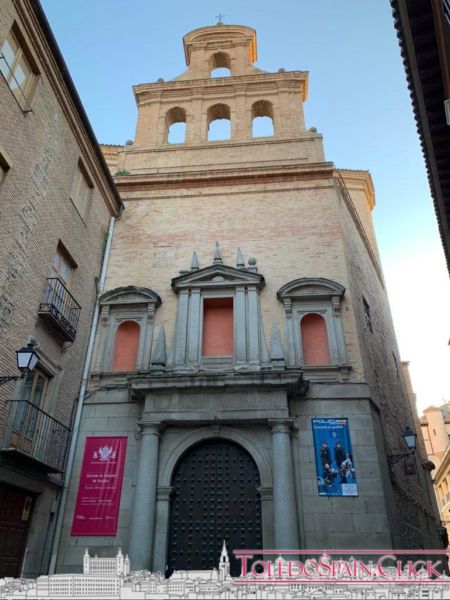 Entrance to the San Marcos Cultural Centre in Toledo

And to bring down the sweets, nothing better than a nightly guided tour of Toledo.