On 13, 14, 20 and 21 July 2012 will be held in Toledo the fourth edition of this show dedicated to El Greco and will flood the city with light, music and magic.

” Toledo: Lux Greco” is a monumental spectacle based on the work of El Greco and which kicks off the future celebration of his IV Centenary in 2014. 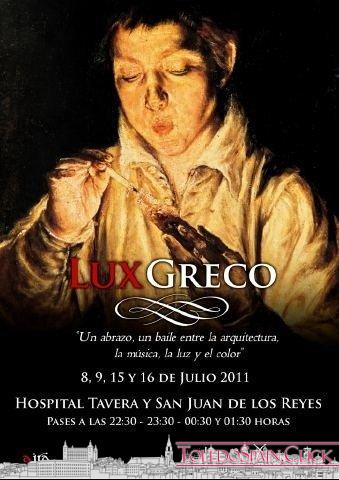 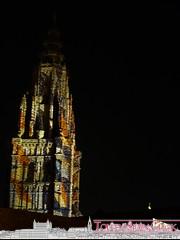 – Preview of the 2009 show by LumixFun on Flickr.com

Photos by Toledo Imperial City on Flickr.com – Visit his Blog.

Sara Hidalgo Villamor sends us two articles about Lux Greco published in press with a magnificent photo of her property: elmundo.es and estrelladigital.es

You can see some pictures of Lux Greco 2011 here: http://flic.kr/s/aHsjvr1QqC

And if you want to make a night route through Toledo, do not hesitate, go to toledospain.click